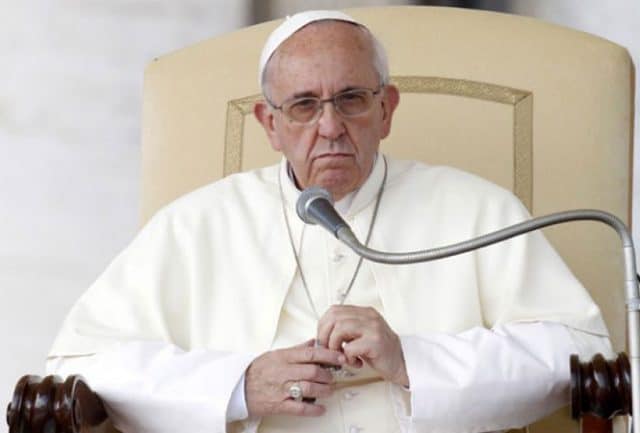 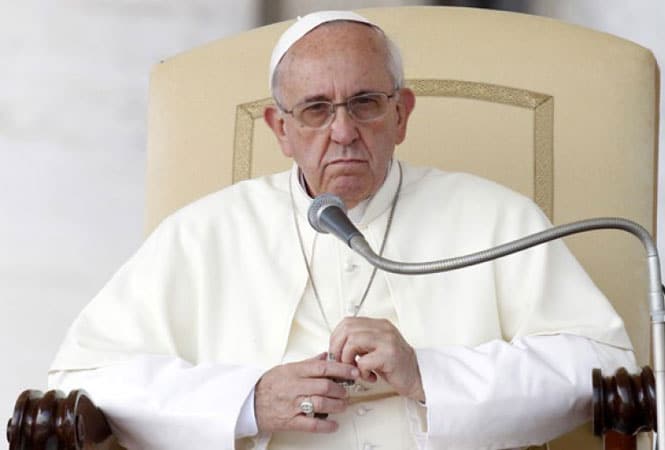 Pope Francis, often praised for his outreach to queer people, sat by silent this week as the Vatican released documents referring to transgender people as seeking to ‘annihilate the concept of nature.’

The document, referred to as Male And Female He Created Them, further maligns the transgender community as “nothing more than a confused concept of freedom in the realm of feelings and wants.” The Vatican describes the document as an educational tool for teachers and parents. The 31-page report also encourages doctors to “intervene” on people born intersex, even without parental consent.

“Efforts to go beyond the difference, such as the ideas of ‘intersex’ or ‘transgender,’ lead to a masculinity or feminity that is ambiguous,” the document reads. “In this understanding of things, the view of both sexuality identity and the family become subject to the same ‘liquidity’ and ‘fluidity’ that characterize other aspects of post-modern culture, often founded on nothing more than a confused concept of freedom in the realm of feelings and wants, or momentary desires provoked by emotional impulses and the will of the individual.”

The release of the Vatican document drew immediate criticism from pro-queer groups, including religious institutions like New Ways Ministry.

“The document associates sexual and gender minorities with libertine sexuality, a gross misrepresentation of the lives of LGBT people which perpetuates and encourages hatred, bigotry, and violence against them,” New Ways said in a statement.

“The document…will confuse those who sincerely struggle with questions of gender identity and sexual orientation. Such confusion leads to self-harm, addiction, and even suicide. The misinformation the document contains will cause families to reject their children, and it will increase alienation of LGBT people from the Church. The only truth that the document reveals is that the Vatican remains ill-equipped to discuss gender and sexuality in the modern world. By ignoring new scientific understandings of gender identity, and by refusing to engage in dialogue with LGBT people about their lived experiences of self-understanding and faith, the Vatican remains in the dark ages, promoting a false teaching that relies on myth, rumor, and falsehoods.”

Pope Francis has yet to comment on the release of the document. In 2015, he compared transgender people to nuclear weapons.