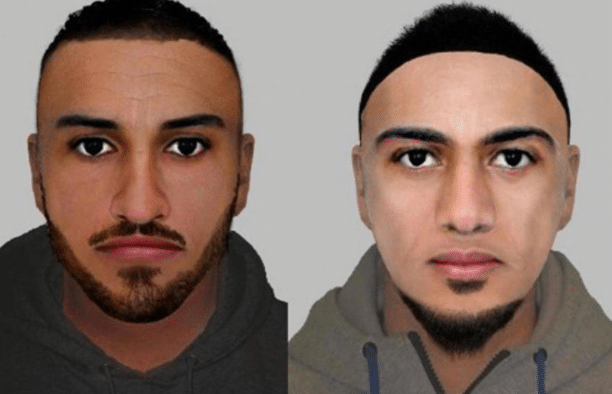 Nowadays no one day goes without homophobic attack when gay men suffer either physically or mentally. It is truth of our life. Indeed a lot of cases happen from day to day when gay men are either beaten or pushed and in better cases are just told homophobic slurs.

What can we wait for if the President of the USA himself voted for death penalty for all gay men in America.

This case happened in east London where two gay men were attacked. One guy was punched and another was told ‘you are not welcome here’.

Now police are looking for the suspect who has attacked recently a gay man in Walthamstow. Attacker furiously punched the victim to the ground and left him with a black eye.

Another victim was grappled and told ‘you are not welcome here’ as he walked along the high street with his husband after hanging out at night.

Could these both attacks have been made by the same man?

Police have released two e-fits based on detailed descriptions.

They have suggested that these both homophobic attacks could have been done by the same man.

On 8 October, a 47-year-old man was walking along Walthamstow High Street with his husband after a night out in the village.

They were approached by a man who asked them if he could take a picture of them and asked if they were gay.

While the two men walked away, according to police, the suspect then grappled the victim and said ‘you are not welcome’.

‘Officers have not ruled out the possibility that the attacks may well have been carried out by the same man.’

The victim was pulled away by his husband before they ran away and called the police.

In the second attack on 4 November, a 31-year-old man was walking along Hoe Street with two friends.

Approached by three men, one of them allegedly punched the victim in the face and shouted homophobic abuse at him.

The victim suffered a black eye and cuts and bruises but he did not need to go to hospital.

A Scotland Yard spokesperson said: ‘Based on these descriptions and the locations where the assaults happened, officers have not ruled out the possibility that the attacks may well have been carried out by the same man.’

Any witnesses or anyone with any information is asked to call Waltham Forest police on 101 or contact via Twitter @MetCC or to give information anonymously contact Crimestoppers on 0800 555 111 or online at crimestoppers-uk.org.

Living in a modern world why we still remain so old-fashioned and so homophobic? Why other people who wish to live the life they want have to follow desire of others and hide their real feelings and they real colours? People, let’s be more respectful to each other and our life choice!