Home Gay Life Homophobic Landlord Continued To Harass Gay Couple, Even After They Moved Out 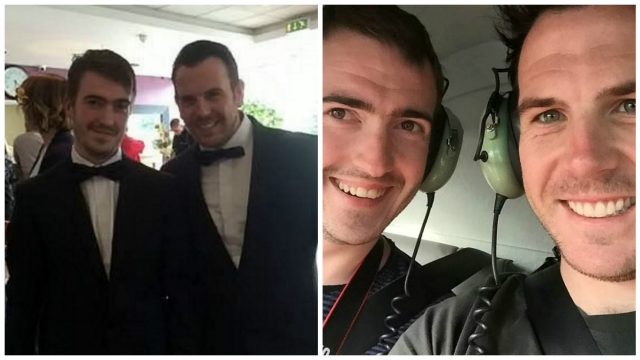 How awful, to endure such abuse!

A British gay couple was moved to file a police report after alleging that their former landlord acted in hateful and homophobic ways, even after moving into a new home.

Olly McLellan, 32, and partner Scott Cole, 30, said that their landlord began his campaign of hate just after they moved into his home in January. It is alleged that the landlord would,  “shout homophobic abuse about them, block their driveway and refuse to fix things because they were gay.”

To escape the abuse, McLellan and Cole terminated their contract, and elected to move to a town 13 miles away.

“We didn’t want to stoop to his level and we refused to deal with him.

“I’m not sure if the estate agents told him before we moved in that we were gay, they thought two guys were moving into a two-bed house.

“But it’s got nothing to do with him whether we’re just friends or in a relationship so long as we pay the rent on time.”

But it seems that even the distance wasn’t enough to stop their former landlord’s campaign.

Days after moving into their new home, the couple received a card that read, “The Ugly Poofs – sleep well” In addition, the men found a trash heap in their front garden. That too, they suggest, was an unwanted ‘gift’ from their former landlord. “We spent seven months being so paranoid, from moving out of that house into a new one felt like we’d finally not have to worry.

“But then to realise he’d found us and sent us more abuse was just unbelievable.

“When we moved to Rickmansworth, we didn’t feel like we needed CCTV cameras anymore.

“We didn’t think he would know where we live and now we’ve just been left worrying about when he’ll next attack us.

“His behaviour was just shocking because homosexuality and same sex marriage is not unheard of anymore.” “Police are investigating following an incident at an address in Rickmansworth.

“It has been reported that a card containing an offensive message was delivered to an address and that bags of rubbish and grass trimmings were left outside the front door.”