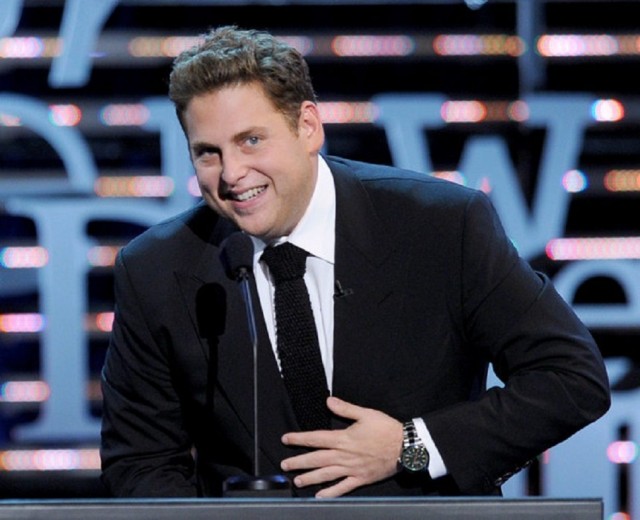 For different reasons and in different situations, all these guys opened their mouths and let out stuff that they should have kept to themselves. Some of them redeemed themselves later, others tried to without much success… and some just went on talking nonsense! See what you think of these 10 celebrities who should have shut up! The 30 Rock and Hunt for Red October star is famous for his rants and hatred of paparazzi, but when he called a New York Post photographer a cock-sucking faggot, MSNBC, where Baldwin was hosting a weekly late-night chat fest appropriately titled Up Late with Alec Baldwin, fired his non-cock-swallowing ass. But even before losing his choice gig at MSNBC, the actor/host had gotten into some deep doo-doo with a bunch of homophobic tweets aimed at writer George Stark. When you get mad at somebody, Alec, don’t throw gratuitous slurs at people. They never sound becoming. Actor Kirk Cameron is best known for playing young Mike Seaver on the 80s sitcom Growing Pains. Unfortunately, lately, he’s been making a name for himself as a proud Christian (nothing wrong with that) who has very retrograde thoughts on homosexuality (understatement, anyone?). Cameron has been quoted as saying that homosexuality is “unnatural…I think that it is detrimental, and ultimately destructive to so many of the foundations of civilization.” Really? When did you become an anthropologist, Kirk? Then, he talked about his position (sorry…) on gay marriage, and spouted stuff about Adam and Eve and the garden… Hum… I actually thought this guy was gay until I read this. But hey, maybe he is because he basically dissed ONLY the trans community (I am being ironic here, people!). Apparently, during a podcast of his radio show, he said something like: “When did we start giving a shit about these [transgender] people?” Ouch! And then he reportedly added that the LGBT acronym should be changed to YUCK. Double ouch! He supposedly apologized after, saying: “I’m a comedian, not a politician.” What? Apparently not a very funny or very bright one. Like most rap tunes, DMX’s 2003 song “Where the Hood At?” is anything but subtle… and it is so totally homophobic, that it almost sounds like a caricature. But when people called him on it, his “apology” was one of the funniest things I ever heard. “I got half my fuckin’ family is faggots. I mean gay. My aunts are dykes. I got a gay uncle.” Hilarious, right? Hey, homie, it’s all good, man. And just so you know, I ain’t racist. Half my fuckin’ friends are niggas. I mean black. I mean African-American. Rapper 50 Cent is a warm and fuzzy guy, right? First he tweets “Perez Hilton calld me douchebag so I had my homie shoot up a gay wedding. Wasn’t his but still made me feel better.” So sweet! Then, he makes even more friends, and shows how smart and sure of himself he is by posting this little gem: “If you a man and your over 25 and you don’t eat pussy just kill your self damn it. The world will be a better place. Lol” That’s it, homeboy. Show us you a man! Poor Mel Gibson! For some people, talent and genius are synonymous with moronic and socially-inept. In recent years, the Lethal Weapon star has been bending over backwards (sorry…) to make sure he doesn’t miss anybody when he rants: Women, gays, ethnicities, immigrants… But this quote about gay men is a major “Shut-the-fuck-up” moment: “They take it up the ass… this is only for taking a shit. With this look, who’s going to think I’m gay? I don’t lend myself to that type of confusion. Do I look like a homosexual? Do I talk like them? Do I move like them?” Thanks for clearing that up, Mel, because everybody knows that every gay man looks, talks and moves like Nathan Lane’s character in The Birdcage ! The star of 21 Jump Street and The Wolf of Wall Street had his own Alec Baldwin moment, and got caught in an over-the-top, blown-out-of-proportion media frenzy after telling an annoying paparazzi that didn’t want to leave him alone and was making derogatory comments about his clothes: “Suck my dick, fucker!” Okay, so that is not appropriate language for a dinner party, but this happened on the street and had nothing to do with the photog’s sexual preferences. Yet, poor Jonah felt he had to make a public apology, and was ripped to shreds by the media after the apology. Let’s give the guy a break. Jonah is a big supporter of gay rights and even blasted the Russian government’s anti-gay laws around the Winter Olympics a few years back. Just goes to show, keep your cool at all times. This amazing actor, known for Dead Ringers, The Borgias and yes, The Lion King, is apparently intelligent and well-versed in so many subjects, but gay marriage? Yikes! Listen to this: “I see what we have in England, which was not marriage but a union you could make if you were gay and you wanted to make a civil partnership. Same rights, not the name. It seems to me that now they’re fighting for the name and I worry that it means somehow we debase or we change what marriage is. I just worry about that. I mean tax-wise, it’s an interesting one because, you see, could a father not marry his son?” Huh? “It’s not incest between men.” What? “Incest is there to protect us from inbreeding,” Incest is there for what? “but men don’t breed so incest wouldn’t cover that. So if that were so, then if I wanted to pass on my estate without death duties, I could marry my son and pass on my estate to him” What the bleep are you talking about, Jeremy? Did Scar have sex with Mufasa? Did Mufasa boink Simba? Argh! This moron – oops, I mean CNN analyst – made an ass of himself while actively tweeting (always a bad idea) during the Super Bowl. He decided to make fun of men who might like David Beckham’s H&M underwear commercials. Like that could even happen! Apparently, he wrote something to the effect that “real bruhs” wouldn’t buy Beckham’s underwear (well…) and that people should “smack the ish out” of a guy who would support the ad. After that, of course, he had to backpedal, but he only made things worse by saying: “I was not referring to sexuality directly or indirectly regarding the David Beckham ad, and I’m sorry folks took it otherwise. It was meant to be a deliberately over the top and sarcastic crack about soccer; I do not advocate violence of any kind against anyone gay or not.” So don’t use expressions like “smack the ish out” then… and don’t show your true ignorant, pompous-ass American self by dissing soccer because you think football is so much better. Ugh! Open mouth, insert foot. This Grey’s Anatomy actor was heard referring to one of his gay co-stars as a “faggot” and ended up getting fired for it. Then, he said that T.R. Knight – who came out after the incident and eventually married his partner — had used the incident to his advantage in the media. Wow! And after that, Isaiah insisted that his firing had been racially-motivated. Yes, Isaiah, I am sure that sista Shonda Rhimes fired you because you are black. Seven years later, he came back to the show as a guest star. Poor thing…

… And don’t get me started on the Duck Dynasty family, Donald Trump, Chris Brown or Tracy Morgan. Ooo lala!