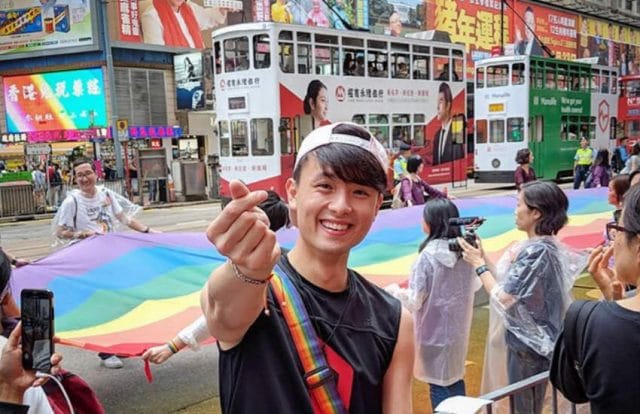 Justices reviewed seven offenses total, all part of the Crime Ordinance, and kept three intact after formally revising them. They ultimately found the four offenses unconstitutional and discriminatory. The reasoning is that the laws unfairly punished gay and bisexual men. These laws did not punish heterosexual adults and lesbians and bisexual women.

The court also revised three other laws, stating they must apply to women as well men to be considered constitutional.

‘Homosexual buggery with or by a man under 16’, ‘gross indecency by a man with a male mentally incapacitated person’, and ‘permitting a young person to resort to or be on a premises or vessel for intercourse, prostitution, buggery or homosexual acts’ are still legal, but now apply to everyone.

Previously, ‘gross indecency’ with a boy under the age of 16 criminalized both the boy and perpretator. If the same act occurred with a girl under 16, however, the law did not criminalize her.

The Justices changed the law no longer criminalizes minors. They also revised the law so it equally criminalizes perpetrators regardless of the gender or sex of their victims.

LGBTI activist Yeung Chu-wing brought a lawsuit regarding these crimes in 2017. He claimed the criminal offenses violated Article 25 of the Basic Law, the city’s mini-constitution, and Article 22 of the Bill of Rights.

‘The failure by [Hong Kong] to repeal or amend these anti-homosexual criminal offences and sentencing provisions since 1997 is all the more reprehensible,’ said Michael Vidler, Yeung’s lawyer.

‘It has led to the prosecution, conviction and sentencing of gay men under these discriminatory laws – for all these years and up to as recently as 2018, even after this challenge was launched.’

While Justice Au acknowledged Hong Kong’s legislature could re-introduce the abolished laws, it would be a lengthy process, and for now the the court’s decisions are victories for the LGBTI community.

‘This judicial review should not have happened in the first place,’ said Tommy Noel Chen, founder of Rainbow Action. ‘But every time we fought for [changes to these law], the government either refused or delayed.’