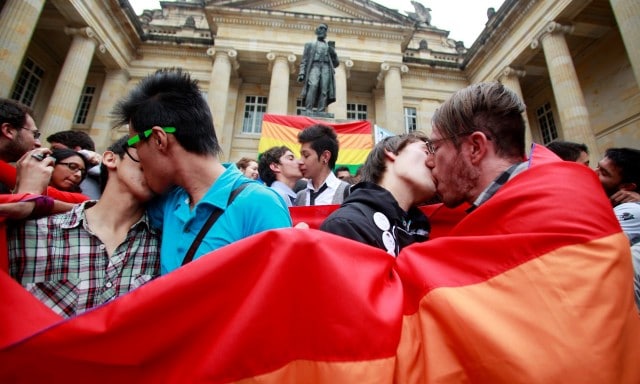 On the 29h of April Colombia’s constitutional court issued a ruling that recognizes same-sex marriages.

“The judges affirmed by a majority that marriage between people of the same sex does not violate constitutional order,” presiding Judge Maria Victoria Calle claimed. “The current definition of the institution of marriage in civil law applies to them in the same way as it does for couples of the same sex.”

The decision to legalize gay marriage came after years of battles in this Catholic state.

Once the constitutional court dismissed a petition of heterosexual and homosexual couples who called for equal marriage rights on April 7, the case was ushered in.

Until 29th of April, only judges and notaries were those who had to recognize same-sex marriages.

In a June 2011 decision, it [the court] asked Congress to legalize same-sex unions and said that if it failed to do so within two years, same-sex couples would have the right to ask judges and notaries to “formalize and solemnize” their “contractual relationships.” Congress did not pass the necessary legislation, which led to more than two and a half years of legal uncertainty among judges and notaries. Some have performed marriages for same-sex couples while others have not, creating an atmosphere of arbitrary discrimination…

So Colombia became the fourth Latin American country that legalized same-sex marriage. Argentina was first, that paved the way in 2010. It was followed by Uruguay, Brazil, and Mexico. Same-sex marriage was legalized in the capital of Mixico and in several states.

So Colombians now have an equal right to choose same-sex partner to build relationships and get married.