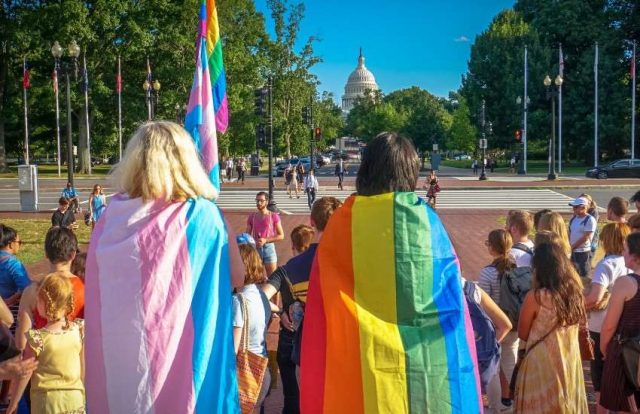 With a vote primarily along party lines, the Democrat-led House of Representatives passed the Equality Act on Friday (17 May).

This is the first time the Equality Act has made it to the full House after passing in the House Judiciary Committee.

The legislation passed in a 236-173 vote. Nearly every Democrat voted in favor of the bill, including Dan Lipinski (IL), who originally opposed the bill on grounds of religious freedom.

Seven Democrats abstained from voting and eight Republicans voted in favor of the bill. All the no votes were Republicans.

As a bill, the Equality Act amends the Civil Rights Act of 1964.

LGBTI Americans will have protections against discrimination at the federal level if the Equality Act becomes law.

It supercedes state law, meaning no one can legally discriminate against someone on the basis of their sexual orientation or gender identity in areas of employment, housing, or public accommodation, regardless of whether the state bans such discrimination.

Legislators introduced the first version of it in 1974, only including sexual orientation.

Previously, the Equality Act as it exists today, including both sexual orientation and gender identity, has been introduced to Congress twice. The first time was in 2015 and then again in 2017.

Both years the bill died in committee.

The next step for the Equality Act to become law is for the bill to head to the Senate.

Experts warn the legislation has a slim chance of becoming law because Republicans still maintain a majority in the Senate. There is also a chance the bill will not see a vote at all in the Senate, if the Republican majority decides not to hold one.

If it were to make it to a vote and pass, however, it would then head to President Trump’s desk.

Recently, though, an official in the Trump Administration stated unequivocally that the White House does not support the Equality Act because it threatens to ‘undermine parental and conscience rights’.

Nyle DiMarco on supporting the Equality Act: ‘The government doesn’t protect us’

US Supreme Court will finally decide on LGBTI employment discrimination