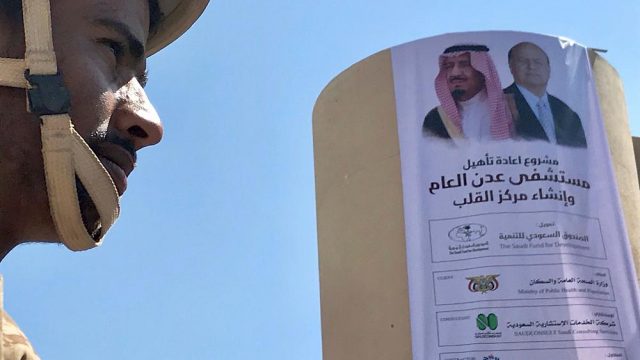 Security and medical sources told Reuters that at least 32 people had been killed in the attack. A pro-government military source said a commander was among those killed.

The Iran-backed Houthi movement, who control the capital, Sanaa, said it was behind the attack. Their official Al Masirah TV channel stated the movement had launched a medium-range ballistic missile as well as an armed drone at the military parade.

“The blast occurred behind the stand where the ceremony was taking place at Al Jalaa military camp in Buraiqa district in Aden,” the witness said.

The Masirah TV channel cited a Houthi military spokesman as saying that the parade “was being used to prepare for an advance on Taiz and Dalea”.

The war in Yemen, now in its fifth year, has led to one of the worst humanitarian crises in modern times. The UN estimated late last year that half the population — about 14 million people — are facing pre-famine conditions.