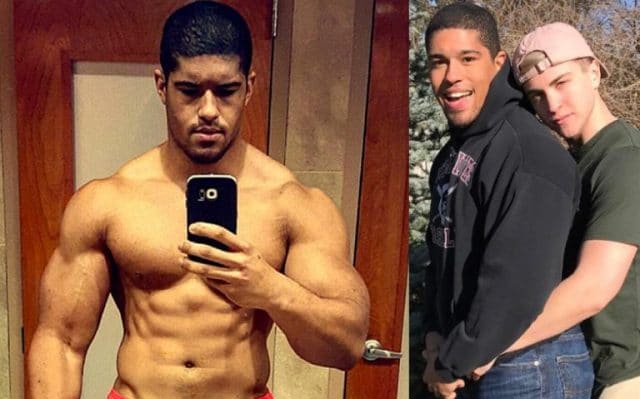 Anthony Bowens subtly came out during a YouTube video with his boyfriend last September, but has now opened up about the experience.

The pro wrestler – who has toured internationally over the past four years, as well as performing on WWE shows Raw, Smackdown and NXT – admitted that he was afraid of telling people he is bisexual for years in case it affected his career.

But then a goofy YouTube video he filmed changed everything.

“It was this past fall and I was three months into a relationship with my boyfriend, Michael Pavano,” Anthony told OutSports.

“Mike and I had uploaded a video to YouTube on his channel called The Laughing Challenge, where he described me as his boyfriend.

“The video was a blast to do, but I worried that someone from the wrestling world would stumble across it and learn my secret. I decided to let it be posted anyway.”

A few weeks later, Anthony received a text message from his best friend in the wrestling business, asking him why he’d never told them all before.

“Much to my great relief, he told me he didn’t care and that I was one of his best friends in the business,” Anthony said.

“He also said that some of the other wrestlers had watched it too and tipped him off about it. I was relieved that he was cool with everything but a bit nervous because other wrestlers knew.”

Anthony explained that he always knew there was “something different” about him, and was always “comfortable” with the idea of being bisexual. But it was other people knowing that scared him.

“I’ve loved pro wrestling ever since I was 5 years old and I didn’t want my experience ruined because of other wrestlers thinking I got into it for the wrong (sexual) reasons,” he said.

“Those thoughts have never crossed my mind. The ring is my sanctuary, where nothing else matters. I couldn’t bear to think that if I came out, I’d spend most of my time worrying if the person I was wrestling was uncomfortable and didn’t want to work with me.”

However, after meeting his boyfriend Mike and finding out that his best friend in the wrestling world didn’t have a problem with it, he decided to properly come out publicly in January.

Picked up a big victory this past weekend against #wwe #nxt #cwc star Tony Nese. Thank you for the challenge! You can check him out tonight on #wweraw and listen to me live tomorrow night on the @wizardspodcast podcast!! #wrestler #prowrestling #bodybuilding #fitnessmodel #fitness #pic #instafit #fitfam

“I’m not going to make this a long winded post but I think it’s time. Just wanted to let everyone know im Bisexual [sic],” he posted on Facebook.

“I look forward to changing perceptions and breaking stereotypes as I continue on my journey. I have zero patience for negativity so if this bothers you please delete me. Thanks!”

Anthony now hopes to spread awareness about discrimination in sport, as well as break stereotypes.

“I can’t even begin to tell you how many people I’ve spoken to over the years who are hiding and suppressing themselves out of fear of being judged,” he said. 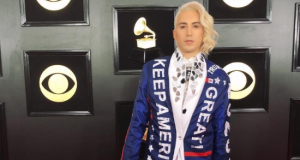 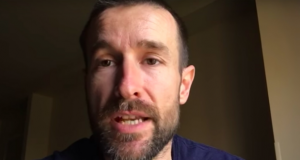 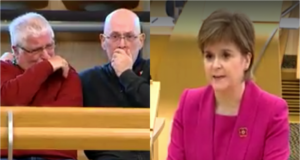 Nick Gayer
0
It was an emotional moment for many when Nicola Sturgeon, Scotland’s first minister, apologized for the country's persecution of gay men that persisted for...