Home Fiction How can you tell if you’re gay? 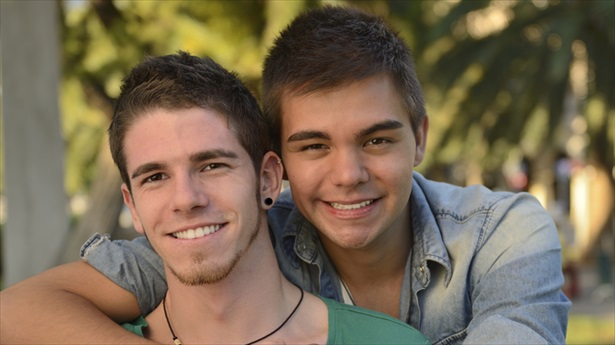 It’s important to preface this article by saying that none of the points below, even if you experience all of them, mean you’re necessarily lesbian, gay or bisexual. No one can really provide a list that you tick off and go “Yup, that’s it, I’m definitely gay”. Sexuality is an incredibly complex thing, and encompasses not only sexual attraction, but also sexual identity. If you have questions or concerns about your sexual orientation, I’d urge you not to go through it alone, but to talk to someone you can trust, or someone who’s unconnected to you, like a counselor. Regardless of how you end up defining yourself, it’s important that you feel comfortable and supported, and remember that our sexuality is defined by a huge number of factors, most of which we have no control over.

That said, there are a number of themes and questions that emerge when people are coming to terms with being gay, lesbian or bisexual.

Putting off being in a relationship with, or dating, someone of the opposite sex – this might seem obvious, but it’s not clear-cut. There could be many reasons why you’re not out there looking for the one – of either gender. Maybe you’re nervous, or you’re not ready to be emotional or physical with someone. Maybe you’re focused on yourself just now – and there’s nothing wrong with that.

However, it may be that you’re putting it off because it just doesn’t feel right. Maybe you’re watching your friends pair off, but you’ve got this niggling feeling that you don’t want to set down that road.

Feeling uncomfortable with heterosexual sex – and let’s include the lead up, kissing and all. Many folk who turn out to be gay flirt with relationships with the opposite sex, and may even end up having sex with them. For some, it’s fiiiiiiiine – it’s just not quite right. For others though, it can be a shocking and troubling experience – it can be incredibly uncomfortable to be with someone physically and realise that it’s not right at all.

Feeling attraction to people of the same sex – again, this might seem like a no-brainer. Surely if you’re attracted to people of the same sex, you’re gay, right? Nope. Many, many straight people have the occasional crush, particularly in adolescence but no matter what point in life they’re at – with friends or other members of the same sex. It’s also crucially important here to say that these feelings of attraction might not mean you’re gay – you might be bisexual. While bisexual attraction is too easily erased from discussion, lots of people feel attraction to men and women, and there’s nothing wrong with that either. Owning your sense of self and your identity is crucial.

Having LGB friends who make you think “How do I know I’m straight?” – this is looser, less defined. Sometimes being around gay or bisexual people can cause you to wonder how you really know if you’re straight. For some, this is a life-changing moment, but for many, it’s more like a philosophical argument you have with yourself, and doesn’t lead to anything. It’s important to remember that you own your identity, so don’t feel nervous about having questions like this – no matter the outcome. You struggle with guilt – this one’s a biggie, unfortunately. Even though many inroads towards equality have been made in recent years, there’s still a sense among many people that it’s not right or ideal to be gay. A lot of gay, lesbian and bisexual people live with a large weight of guilt on them before they come to terms with themselves. Sometimes that guilt is so internalised they don’t realise it’s because of their sexuality. This can be particularly difficult among people who grow up in religious households. Whatever your sexuality ends up being, however you define or label yourself, be comfortable and safe. Own it, make it yours, don’t let anyone else limit or diminish you, and be proud of who you are.