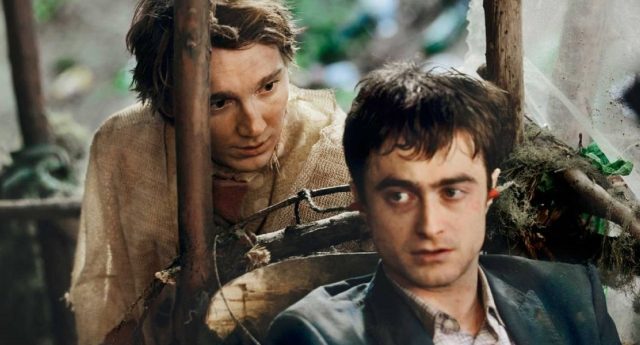 The directors of Daniel Radcliffe’s infamous farting corpse movie have explained how the film evolved a gay plot.

The film, released earlier this year to a chorus of confusion, features Dano’s character stranded on a beach with a re-animated farting corpse (Radcliffe). The pair grew close during the film and even share a kiss.

Speaking to the Telegraph, the film’s dual writers Daniel Scheinert and Daniel Kwan explained how the film evolved away from a heterosexual romance to embrace the gay subtext.

Kwan said: “In some ways, we thought we were making a more conventional guy trying to get back to his girl story.

“But the more drafts we wrote, the more we realised… it sounds stupid when writers say ‘I’m listening to my character’, but that’s how it ended up happening.

“We could tell that Hank and Manny needed each other more than Hank and Sarah ever did.

“We just kept rewriting and rewriting, until we allowed them to fall in love. And once we allowed ourselves to write that, that story really started to grow and blossom into something worthwhile.

“So that was a really interesting turning point – when we let Hank and Manny fall in love and accidentally made a gay necrophilia movie.”

He added: “The wonderful thing about both of them [Radcliffe and Dano] is that they loved the script, but also had wonderful feedback about what they loved, and what they didn’t understand.

“And so we actually rewrote the script really drastically after we met each of them. They inspired the movie, in a lot of ways.”