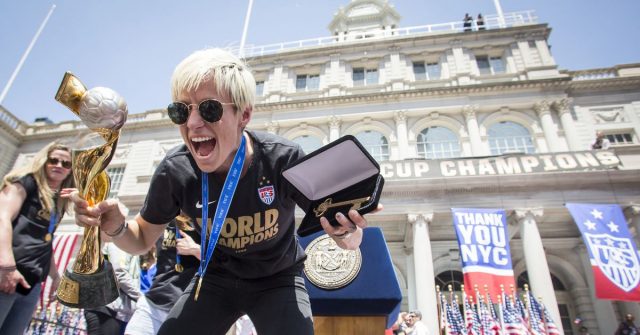 The team will begin its procession uptown from Battery Park at the southern tip of Lower Manhattan, along the Canyon of Heroes, a stretch of Broadway between Battery Park and City Hall, according to the office of the NYC mayor.

Following the parade, Mayor Bill de Blasio will host a ceremony at City Hall at 10:30 a.m., to present the keys to the city to the winners.

Ticker-tape parades are named for the strips of paper that once ran through stock ticker machines and have been held in Manhattan since the dedication of the Statue of Liberty in 1886. Other celebrations of monumental events include the return of the Apollo 11 crew from the moon 50 years ago this month, and Charles Lindbergh’s trans-Atlantic flight, as well as the welcoming of foreign royalty and of course, our sporting champions.

It ain’t cheap, by the way. The last parade, in 2015 for the last Women’s World Cup team, cost the city nearly $1.5 million. Private sponsors chipped in another $450,000, according to The New York Times.

The parade will also be televised on Fox Sports 2, ESPNU and on the ESPN app. And we’ll have highlights on Outsports.com and on our social media platforms.