Home Gay Life How will the next Prime Minister fare on LGBT rights? 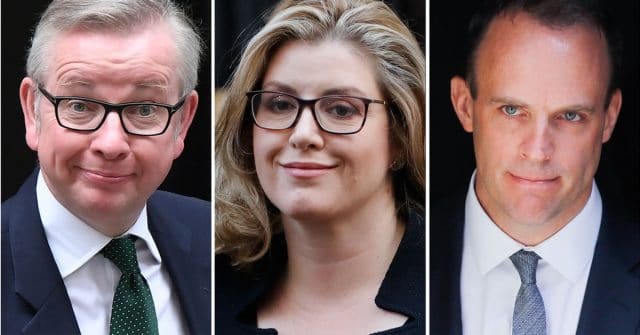 Theresa May’s resignation means that Britain will soon have a new Prime Minister. But how do the candidates for Conservative party leader fare in terms of LGBT+ rights?

May announced on Friday (May 24) that she will resign her post as Conservative party leader, in the face of intense pressure from backbenchers over her beleaguered Brexit deal.

Speaking outside of 10 Downing Street May confirmed that she will step down as party leader on June 7, but will remain on as Prime Minster until a replacement has been chosen.

“I will shortly leave the job that it has been the honour of my life to hold,” she said.

“The second female Prime Minister, but certainly not the last.

“I do so with no ill will, but with enormous and enduring gratitude to have had the opportunity to serve the country I love.”

May’s legacy on LGBT+ rights is a complex one, with her outlook evolving throughout her 22 years in parliament.

Her successor will inherit not only Brexit, but also the challenge of reforming the Gender Recognition Act which could hand transgender and non-binary people improved legal rights.

With more than a dozen candidates expected to throw their hats into the ring, we’ve delved into the history of the six expected frontrunners.

The former Foreign Secretary is widely regarded as the favourite to become Britain’s next prime minister, having confirmed on May 16 that he would be running.

Broadly speaking, Johnson has a positive voting record on LGBT+ rights, backing several key pieces of legislation and abstaining on a handful of others.

By the time same-sex marriage was being debated Johnson had left parliament to become Mayor of London, but told PinkNews in 2010 that he fully supported LGBT+ rights. At the time he was the highest-ranking Conservative to come out in support of marriage equality.

But Johnson’s record is not without its blemishes. In January 2018, shortly after he had become Foreign Secretary, a series of 20-year-old columns resurfaced in which Johnsonwrote about “tank-topped bumboys.”

And in a 2001 book, he wrote: “If gay marriage was OK – and I was uncertain on the issue – then I saw no reason in principle why a union should not be consecrated between three men, as well as two men, or indeed three men and a dog.”

Raab is a relative newcomer to parliament, having first been elected as an MP in 2010, but his hard Brexit stance has made him popular among right-wing party members and leave voters..

After making a name for himself within the Conservative party as chief of staff to then Shadow Home Secretary David Davis in 2006, Raab was appointed a junior justice minister in 2015 and rose through the ranks to serve as Brexit Secretary between July and November 2018.

On LGBT+ rights, Raab voted in favour of marriage equality in 2013, though he was absent for a vote which extended these rights to military personnel outside of the UK. On the same day as the latter vote, he backed legislation which enabled the courts to deal with the divorce or annulment of same-sex marriage.

Hunt is another big name in a crowded field of candidates. He served as Health Secretary from 2012 until July 2018, when he succeeded Johnson as Foreign Secretary.

While serving as Health Secretary, Hunt batted away the responsibility of lifting the ban on gay men donating blood in Northern Ireland.

Though Hunt said in 2014 that he “absolutely wanted” the ban to be rescinded, he maintained that it was a matter for Northern Ireland’s devolved parliament. The ban was eventually lifted in 2016, five years after it had been removed for the rest of the UK.

In 2016 it was reported that Hunt may have avoided backing a full roll-out of PReP due to fears of a negative reaction from the media.

“When I went to see Jeremy Hunt, he said: ‘What will the Daily Mail say?’” Professor Sheena McCormack of the award-winning sexual health clinic 56 Dean Street said at the time.

Gove has fallen in and out of favour over the years, but is now expected to make a run for the premiership. He served as Education Secretary under David Cameron from 2010 until 2014, before being promoted to Chief Whip and then Justice Secretary.

But after thwarting a leadership bid from his old ally Johnson in 2016, Gove was excised from the front bench when May took over at No. 10. He made his return in June 2017 as Environment Secretary, a role which is widely credited with rehabilitating his reputation.

Gove has a strong record of voting in favour of LGBT+ rights. Like Hunt, he went against most Tories to support Labour’s anti-discrimination legislation in 2007, and campaigned passionately in favour of same-sex marriage in 2013.

Writing in the Mail on Sunday in the run up to the vote, he said: “It’s wrong to say that because of how you love and who you love, you are not entitled to the same rights as others. It’s wrong because inequality is wrong.

“Marriage is not undermined by extending it to gay people – it is reinforced by including everyone equally.”

Another relative newcomer to the frontbench, Leadsom served as Energy Minister from 2015 until July 2016, during which time she challenged Theresa May for the Conservative party leadership.

After conceding the race to May, Leadsom was rewarded with a post as Environment Secretary, before being appointed Chief Whip in June 2017. She resigned on Wednesday (May 22) in protest over May’s most recent Brexit plan.

Leadsom “positively abstained” on equal marriage in 2013, explaining that she was torn between giving LBGT+ people their rights and maintaining “centuries of faith based belief in marriage as between a man and a woman.”

She told PinkNews at the time: “Having looked carefully at the Government’s consultation and considering the opinion of my constituents I find myself genuinely torn on the debate – I cannot vote against a measure that would mean so much to the minority of homosexual couples for whom marriage is the ultimate recognition for their genuine feelings for each other.

“Yet nor can I vote for a measure that risks centuries of faith based belief in marriage as between a man and a woman, that will upset so many of my constituents and which has not yet won public support.”

The freshest face on the list, Mordaunt was first appointed to the front bench in July 2016 before being handed the international development portfolio in November 2017.

On May 1, she was promoted to Defence Secretary, and has also held the position of Minister for Women and Equalities since April 2018.

In the latter role, Mordaunt has rallied against so-called conversion therapy and has vowed to reform gender recognition laws for trans people.

Speaking to PinkNews in July 2018, she said that the starting point for gender reform “is that trans people need to be supported and we need to ensure the processes that are there when they’re going through a transition are there to support them and not add to their stresses.”

Mordaunt’s voting record shows that she has been a constant supporter of equal marriage.