The 2018 miniseries is from the writer of “Queer As Folk.”

Hugh Grant is returning to British television and playing gay in the new three-part period piece, A Very English Scandal.

Grant is portraying British Liberal political party leader Jeremy Thorpe, who in 1979, was tried and acquitted of the murder of his former lover, Norman Scott (Ben Whishaw). 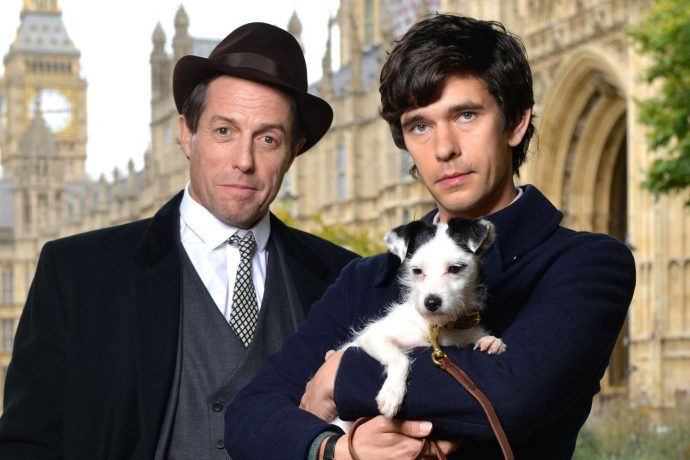 The limited series was written by Russell T. Davies (Queer as Folk, Cucumber) and is helmed by Stephen Frears, who also directed Florence Foster Jenkins and The Queen.

Grant has played gay roles before, most notably starring in the 1987 period piece Maurice, directed by James Ivory. This will be his first television acting role in 20 years.

Here is the synopsis of A Very English Scandal:

“As long as his ex-lover Scott is around, Thorpe’s brilliant career is at risk. Thorpe schemes and deceives — until he can see only one way to silence Scott for good. The trial of Thorpe changed society forever, illuminating the darkest secrets of the establishment. The Thorpe affair revealed such breath-taking deceit and corruption that, at the time, hardly anyone dared believe it could be true.”

Thorpe’s case was dubbed the “Trial of the Century” and was the first time a leading British politician stood trial on a murder charge. A Very English Scandal is based on the 2016 true crime book of the same name.

The miniseries is set to premiere on BBC One in 2018, and it is also being produced by Amazon, so U.S. viewers should expect it to hit Amazon Video sometime next year.