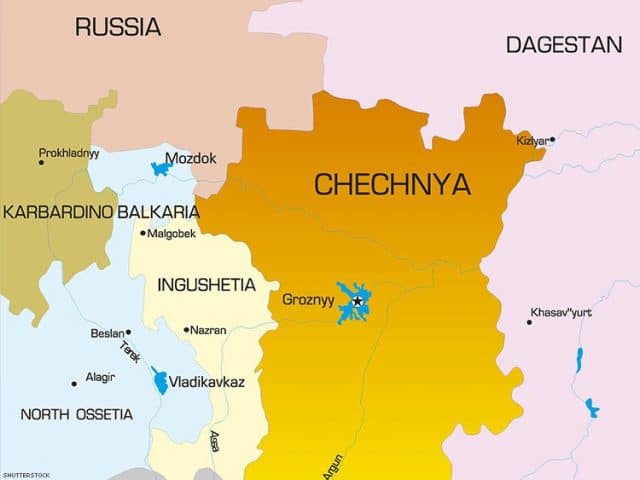 A group is hoping to start a “rainbow railroad” from Chechnya to Canada.

A Canadian human rights organization that assists LGBT people in escaping places where they face persecution is launching a campaign to help gay men get out of Chechnya, the semiautonomous Russian republic where at least 100 gay men have been arrested and detained recently.

“Since we first received initial reports of gay concentration camps being established in Chechnya, Rainbow Railroad immediately re-classified Eastern Europe as a priority region,” said Rainbow Railroad executive director Kimahli Powell in a statement. “This means we’re expanding our on-the-ground contacts as well as increasing our capacity to identify and assess new or alternative safe routes out of Chechnya.”

Rainbow Railroad is collaborating with the Russian LGBT Network, which is working to rescue gay men who are in danger in Chechnya. The two plan to identify specific individuals who need to be evacuated, and Rainbow Railroad will provide travel assistance for those people.

“An important part of our emergency response plan is to support the Russian LGBT Network in their rescue campaign,” Powell said. “This includes fundraising to support the organization while allocating resources to increase the number of people we can support in the region. In addition, we are formally requesting the Canadian government provide direct assistance to those in need by way of emergency visas.”

Nikki Haley, the U.S. Ambassador to the United Nations, condemned the human rights violations against gay men in Chechnya Monday, a few days after GLAAD petitioned her to do so. Reports say that along with the 100 or more men who have been detained, at least three have been killed.

Russian President Vladimir Putin and Chechen authorities deny the accusations. Authorities in the region claim gay people do not exist in Chechnya.

Former Vice President Joe Biden released a statement calling on President Trump to address the human rights violations directly with Russia. Trump has yet to raise the issue publicly. The State Department issued a statement against the reports but there is no indication that Secretary of State Rex Tillerson brought it up when he met with President Putin last week in Russia.