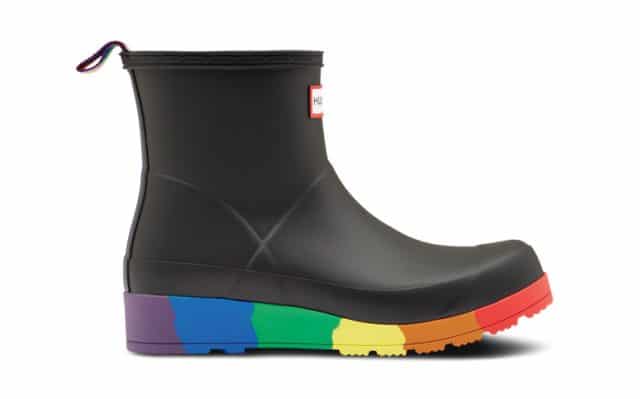 The PLAY boot Pride edition is lightweight, versatile, 100% waterproof and celebrates diversity with a colourful rainbow sole. Along with the sole, the rainbow is integrated into the pull tab and Hunter logo running down the back of the boot.

What’s more, to launch the boot Hunter will be celebrating five individuals within the LGBTQ community and supporting five charities chosen by each of the ambassadors.

ShayShay has chosen The Outside Project to receive a donation. It is the UK’s first LGBTQ crisis/homeless shelter and community centre that aims to bring together marginalised groups so that they do not feel left ‘outside’.

Tia Simon-Campbell is the co-founder of BBZ, an art exhibition and club night that works to eradicate misogyny and prioritises queer, trans and/or genderqueer/non-binary people of colour. 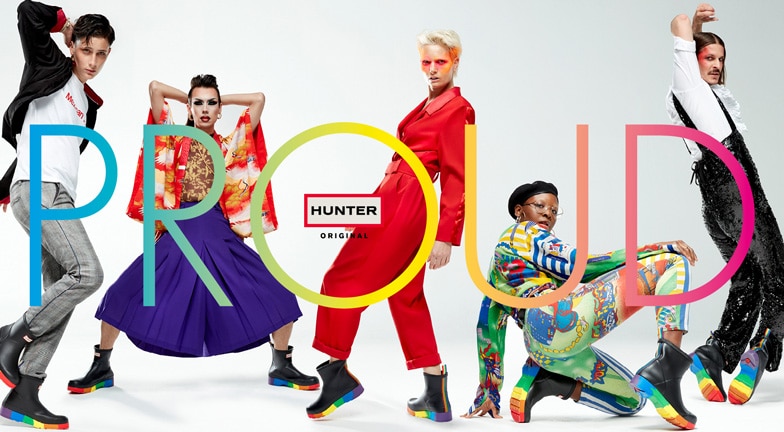 Mexican-based Jay Espinosa became internationally recognised when they were cast to walk in a Louis Vuitton show as a gender-neutral model.

Jay has chosen to support the charity MindOut. MindOut is a mental health service run by and for lesbians, gay, bisexual, trans, and queer people working to improve the mental health and wellbeing of LGBTQ communities.

And finally, trans dancer Lucy Fizz uses her story to help others in similar situations.

Fizz has chosen Mermaids, a charity that supports gender diverse and transgender children, young people and their families achieve a happier life in the face of great adversity.

The Pride PLAY boots will be available in stores and online from 3 June 2019.