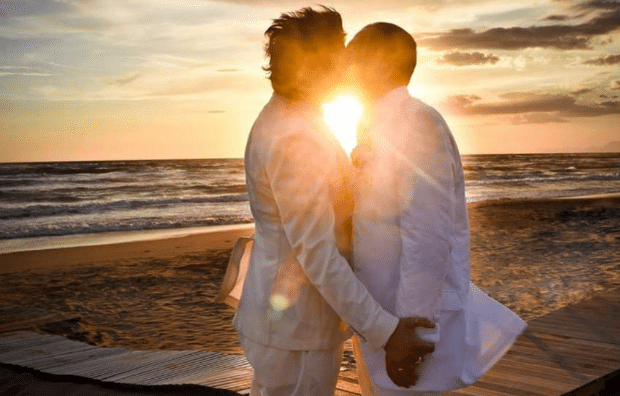 It was just another Saturday night in Bacoli, a maritime location 15km west of Naples, Italy.

Giuseppe Pitirollo, 37, and his husband Daniele Bausilio, 28, were having dinner with another couple of friends on 23 June. They decided to go to a beach party organized at Lido Turistico Beach Park. Little did they know they were about to be bounced off for the worst possible reason.

The couple claims to have been discriminated against, although the popular venue on the seafront denies all the allegations.

A couples-only event in Italy

‘We were close by and heard the music coming from the venue, so we tried to get in,’ Giuseppe told Gay Star News.

‘The guy at the door told us we couldn’t as we were not with women and the event was couples-only.’

Giuseppe then replied they were two couples, highlighting him and Daniele had registered their civil union in June 2017.

In Italy, same-sex marriage is not legal. In 2016 the law recognized same-sex civil unions, a milestone in the acceptance of the LGBTI community in the mostly Catholic country. 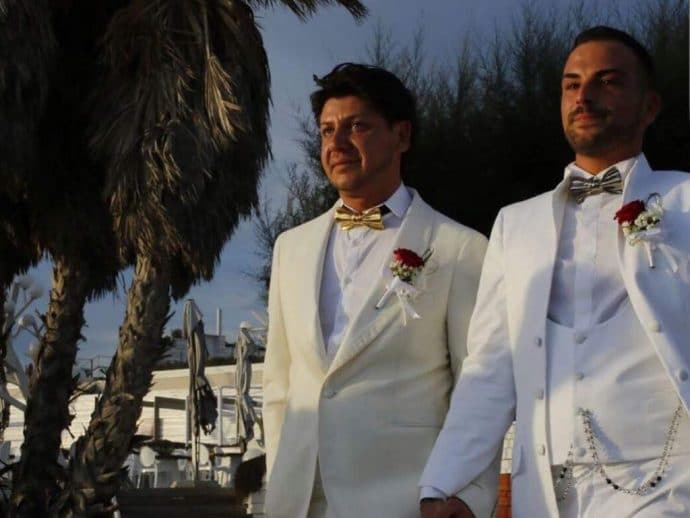 ‘This is not a couple’

‘The bouncer replied a couple is only made of a woman and a man,’ Giuseppe claimed.

When the two couples started protesting, the owner of the venue weighed in. He told them they couldn’t enter the place because they were drunk.

Outraged, Giuseppe and Daniele called the Carabinieri, the Italian gendarmerie.

‘They asked exclusively for our IDs. We wanted to take the alcohol test to prove we were completely sober, but they refused,’ Giuseppe said.

The two couples then left and went to the central police station in Naples to report the incident.

‘We felt humiliated. They diminished us in front of other people,’ lamented Giuseppe. ‘Seeing our rights being denied in such a blatant way was just shameful.’

Italian Senator and author of the bill on civil unions Monica Cirinnà told newspaper La Repubblica: ‘If true, this would be a very serious incident.’

She prompted local authorities to shed a light on what happened.

‘Homophobia just doesn’t belong here,’ said a spokesperson for Lido Turistico Beach Park. ‘The couples had drunk too much, that is why we didn’t let them in.’

The venue released a statement on their Facebook page.

‘Some exploit their sexual orientation to blame other people. We’re respectful of every choice, but we reserve the right to refuse anyone entry if they’re not in line with our policy of kindness and respect to others,’ wrote owner Luciano Santini.