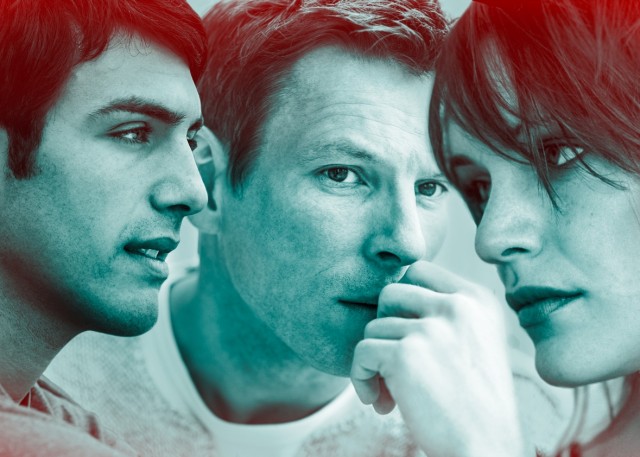 Do you remember our yesterday’s story I am cheating my girlfriend with her dad about a guy, his girlfriend and her father, with whom the main character of the story – Ivan fell in love. So, are you ready to know what happened next?

While I was alone at my table I noticed a man looking at me from across the bar, but I ignored him for a while. That is until he came and introduced himself to me as Piotr and asked me if I was alright. This took me completely by surprise, because no one ever asked me how I was. I know it may seem like a common thing, but I never knew what it meant to truly care for someone. He joined my table and we started talking. He seemed sincere and open and I figured that, since I have nothing to lose, I might as well tell him what my problem was. It wasn’t like it would have made any difference. I checked his reaction when I told him that I was gay and I must say it was quite a shock when a fugitive smile ran across his face. He told me that his daughter said that it seemed to be something special about me. That is when I found out that his daughter was Tanya and this was quite a surprise. Then he gently took my hand, in a way that sent shivers down my spine. He was looking in my eyes and I felt something warm taking over, like a feeling of safety and affection like I have never felt before.

“- Everything will be fine, Ivan” he told me.

I was so surprised with what was happening that it just seemed unreal. What he told me next left me perplexed. He said he was bisexual, but that no one in his entire circle of friends or family knows it. I am the first one to find that out about him. He told me how difficult it was to hide this from his wife for over 14 years and he said that the secret was to look for happiness in small things. He told me I should be patient and never deny who I am. While he was talking his blue eyes glanced in weird way. He took my hand again and that was when I realized what he was saying. A gentle warm poured into me and I don’t know if it was the drink, or what it was, but I felt like I was hypnotized. Everything that happened in the last few hours was a life experience that would change me forever and indeed it has.

It has been 4 months since that meeting with Piotr and we kept seeing each other, and still do, in some nights and no one found out about this yet. I think I am in love with him, while also still dating Tanya, and I don’t know what I should do about this entire situation. My life is completely messed up right now, but, in a weird and unexplainable way, I am happier than ever. My suicidal tendencies are long gone and I haven’t experienced a depression episode since…4 months.

I don’t know if it is normal to cheat my girlfriend with her dad, but honestly, who can tell me what normality is? I believe normality is to live the life you want and not one that would make you kill yourself. I don’t know what the future holds for me, but one thing I know for sure: whatever may be the case, I will never lie to myself again. I am who I am and the world has to deal with it.