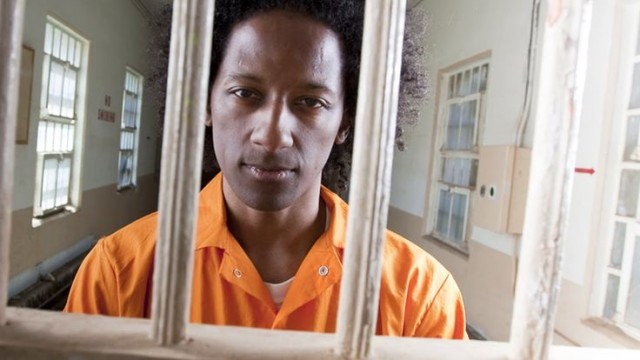 Hi, I am Adam! My situation is a little complicated, that is why I don’t want to share my full name and you will soon understand why. I am a prison guard in a Californian penitentiary system and my life has been fairly simple until 3 weeks ago. As simple as a gay prison guard’s life can be. If you wonder whether my colleagues know about who I really am, the answer is no. It is not because it is prohibited, but it is more due to the fact that I chose not to tell anyone. I am aware of the fact that homosexuals and people considered “abnormal” in the past gain more and more recognition and rights as days pass, but this does not stop me from being ashamed of what I am. I am an American general’s son and in my family there has always been a man’s cult that all boys had to comply to. I have two other brothers and they both work in the military now. Our father is that severe military figure, almost the standard bully-father that you see in the movies. He is 65 years old and still runs our family with an iron hand. No one knows I am gay in my family and to be honest, no one knows this period. I was so ashamed with who I was that I did everything in my power to try and be “normal”, just like everybody else, dating girls and lead a common life. I have been involved in 2 short relationships with 2 different girls so far, but I knew I won’t find happiness this way. For the past 4 years I have had no one to share my life with, except with my working colleagues and this has been pretty everything there was to be known about my social life. But then the day came when everything changed and I want to share this with the world, hoping that others can find the support and the moral strength that I have in the past 3 weeks. About two months ago a new prisoner transport arrived from another prison. There were 13 guys, convicted for various felonies, none too severe. They have gone through the initial procedures and then we have assigned them to the correspondent sectors. Everything went smooth for a while, but my fellow guards and I knew that it would not last. There were always going to be problems with the newcomers, especially when we were talking about 13, not just one or two. And one day it happened. Five guys started a fight in the yard and we had to use pepper sprays and warning shots from the watchtowers to gain control of the situation. After everything settled, it turned out that 4 guys have attacked one of the new prisoners, Mike Johnsons, a black inmate who they had discovered that he was gay. The reason for the attack was that the gay inmate had refused their sexual propositions, which infuriated the four. They had stabbed him 4 times, but there were only superficial wounds. I had to escort him to the infirmary and see that he gets the proper treatment. As I walked him through the corridors, he whispered me “Thank you!” in my ears and looked at me with his gorgeous brown eyes. That was the first time when I felt a shiver going down my spine all the way into my feet. Only then I noticed how beautiful he was, how perfectly his brown eyes suited the meaty lips and his white teeth. He was smiling at me. It was then when I knew something deep in me that tried to reach the surface. Some lost feelings or maybe new ones that I have had never felt before. It was then when I knew that I was falling for him and it scared me like nothing else ever did. Then the inevitable happened and my whole world reached new peaks.

Follow our posts and you won’t miss the second part of the story – I fell in love with one of my prisoners.