Home Gay Life “I had to kill him”: Bodybuilder stabs roommate 16 times after he... 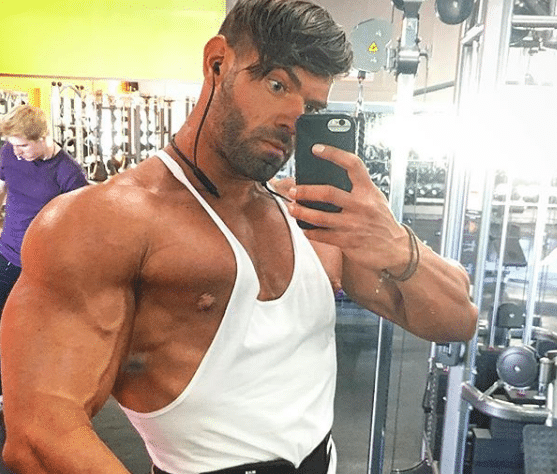 Well, this is alarming…

25-year-old Geoffrey Tracy is a personal trainer, competitive bodybuilder, and aspiring fitness model. This week, he admitted to stabbing 50-year-old roommate Gregory Kanczes 16 times after he says Kanczes “tried to make moves” on him, the NY Post reports.

The attack happened last month, shortly after Tracy moved to New York. He was staying at Kanczes’ apartment in Hell’s Kitchen after a gay strip club owner agreed to fly him out from California.

Tracy told police, “The guy tried to make moves on me. I told him no, then he said he’d shoot me so I had to defend myself. I had a knife to him, he went for the gun.”

“I filmed myself on my iPhone saying I didn’t want to kill him. He had a gun. I had to kill him.”

Tracy also told police that Kanczes tried to prevent him from leaving the apartment by block the door. After the stabbing the man in the neck, chest, and shoulder, Tracy “took a vape of THC” then threw the knife in a dumpster.

Tracy’s attorney, Thomas Kenniff, says prior to the knife attack his client was also subjected to “unwanted touching” and “hellish surroundings.”

This week, Tracy rejected a plea deal of 20 years in prison and pleaded not guilty to second-degree attempted murder and first-degree assault this week.