Home Fiction I have lived in denial my whole life until I met my... 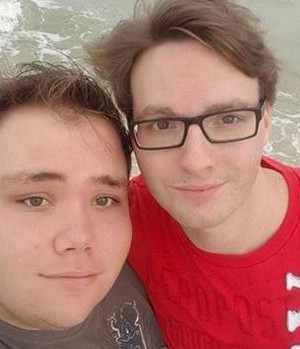 Hi, I am Mitchel Fred Prattini, I am from Louisiana and I have lived a lie for my whole life. It was only when I have reached 19 I realized that I am actually gay and that I should finally accept it. But the struggle was very difficult, especially with myself.

It’s hard to accept that you are not what you think you should be. Everybody around me was straight, everybody I knew at least, and this conflicted with my own feelings, because I knew I was different than the rest. And no day passed without me desperately wanting to be just like everybody else. I said to myself that this may be just a phase I’m going through and I will eventually get over it, but it never happened. I was craving for love and affection and I couldn’t find any of these in a girl. I knew that without having to try it. This means that I have never been involved in any relationship with anyone actually. Girls didn’t appeal to me that much and I didn’t want to accept the fact that I liked boys. Needless to say that I was unhappy and I was spending most of my time on the internet, trying to distract myself from the real issues. It may seem like nothing to an outside viewer, but really only someone who has been through my situation can really sympathize with me.

I was feeling like no one cared about me and no one understood how I felt. It’s a really sad world to live in. That’s when I met David Kris York and a shine of hope appeared.

He was also gay and he was someone I could finally get along with and we soon became close friends and confidents. After just one month, we decided to meet in person and we soon began dating and falling for each other. He is my first lover, my prince charming and I don’t know how would my life look like without him. Nearly 11 months later I knew the time has come and I fell to my knees before him and offered him a ring and my heart.

He said YES and that’s when my real journey had begun. But that’s not all. I had to come out to my family eventually, because they had the right to know and I had no idea how would they react. First, I told the truth to my mom and she was incredibly supportive and understanding. I just couldn’t believe my luck. I came out to everybody in my Facebook list and absolutely everybody supported me and showed me love and acceptance. I realize that this is like a dream come true, since not everybody is as lucky as I was.

David and I are both 21 now and we are going to marry soon. I wanted to share our story of love and happiness, hoping that it will give others hope. Hope that not everything is all bad and the most important thing is that they should believe in themselves. Everybody has the power to change their lives.

It is all a matter of acceptance and determination.