Home Stories I lied about how I met my husband because I didn’t want... 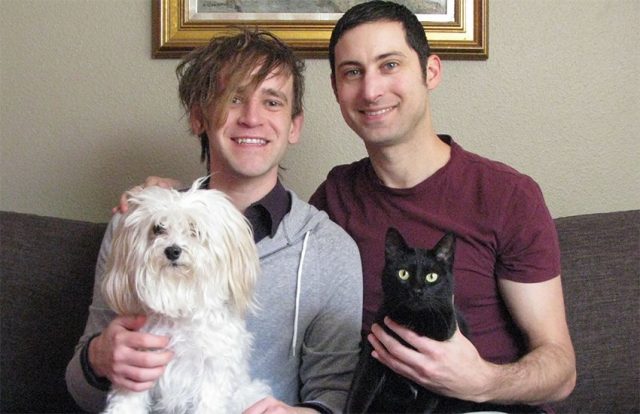 Have you ever lied about how you met a partner for fear of being judged by others?

I didn’t have much time. I was supposed to be at a friend’s house and I was in desperate need of caffeine. I opened the door to Dolores Park Cafe here in San Francisco and sighed when I saw the 10 people already in line.

As I attempted to remove my coat, I lost my footing and fell headlong into the person in front of me.

The guy turned and said something, but I wasn’t really paying attention.

I removed one earbud as I attempted to think of a semi-polite way to tell this dude to mind his own business. That’s when I noticed his striking blue eyes.

I paused and took a moment to appreciate how good-looking he was. Just about six feet tall, with short brown hair and black, thick-rimmed glasses — this guy was the definition of tall, dark, and handsome!

The seconds passed as I struggled to think of an explanation for the sweat currently dripping down my body.

Concerned he might judge my unnatural perspiration habits, I said, ‘Oh, I’m just a little warm. I practically ran up the hill because I’m supposed to be at a dinner party across town and it’s been a crazy day.’

‘Do you want to go ahead of me in line?’ he offered.

Who wouldn’t want to cut the person in front of them in line?

I don’t normally make a habit of talking to strangers — I’m a little socially awkward — but there was something different about this guy. I wanted to get to know him.

‘I’m feeling frazzled because I just had a phone interview,’ I said, eager to extend the conversation. ‘The call went surprisingly well, but I was crazy anxious about it.

‘Doing well on an interview sounds like a cause for celebration,’ the handsome stranger replied. ‘Let me get your coffee. I’m David, by the way.’

‘I’m Mathew. And that’s really nice of you to offer, but you don’t have to,’ I responded, hesitantly.

I never made it to the dinner party. We spent hours at the coffee shop getting to know each other and I lost all track of time. I do remember that not five minutes into the conversation, David showed me pictures of his cat. In exchange, I offered up photos of my little dog.

The two of them met a few weeks later, the first time I stayed over at David’s place. Months later, I moved into his condo and a few years after that, we got married. All because of a chance encounter at Dolores Park Cafe.

And now the truth…

But the story you just read wasn’t entirely fake. In fact, most of the details are fairly accurate.

I did have a phone interview that day, David and I did get coffee and we did show each other pictures of our respective pets. I only changed one minor detail when I first began sharing this story with family and friends.

David and I met for our first date at Dolores Park Cafe, but we met there because we’d found each other on Grindr — the gay, location-based dating app. We exchanged messages for about a week before deciding to meet up for coffee.

By the time we met in person, we had already established that we were somewhat compatible. Even so, I hesitated to tell people the truth about our relationship origin story.

‘If I told friends that David and I met on Grindr, they might decide our relationship wasn’t serious’

These days, dating apps are ubiquitous, but when they were first becoming popular, using one carried negative connotations.

Location-based apps, like Grindr, were particularly stigmatized: Looking to meet up with a person nearby suggested you were only interested in a quick hookup.

There’s nothing wrong with casual sex, but I worried if I told friends that David and I met on Grindr, they might decide our relationship wasn’t serious. I wanted them to see our partnership for what it was — an emotionally committed relationship, rather than a purely physical one.

I spent a long time thinking about what our story should be. I wanted a fake anecdote I could easily whip out whenever people asked, but I soon grew tired of lying. More than that, I realized that my dishonesty was contributing to the stigma surrounding dating apps. 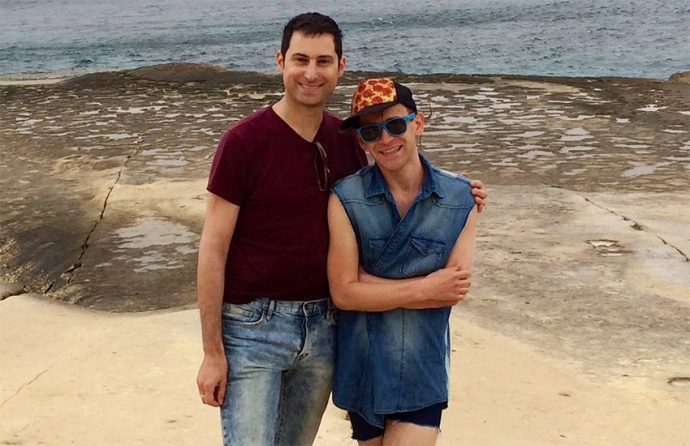 Once I started telling people the truth about how I met my husband (we married in November of 2015), I noticed friends and co-workers also spoke more openly about their experiences using dating apps. The stigma still exists, but I think we’re making strides.

It shouldn’t matter how you found the person whose company you enjoy. Personally, I like going into a first encounter with some crucial information already in place (even if that means obsessing over a person’s dating profile and performing some light cyber-stalking).

But hey — I’m not going to judge you for how you met your romantic partner if you won’t judge me for how I found mine.

This article first appeared on Dose.

Have you ever lied about how you met a partner for fear of being judged?