Home Gay Stars ‘I never thought that I could’ – Ian Thorpe reveals how he... 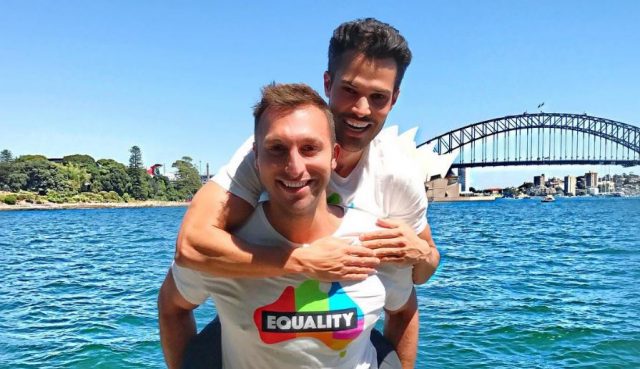 The Olympic gold medallist and boyfriend Ryan Channing are campaigning for marriage equality in Australia.

Olympic swimmer Ian Thorpe has spoken out about the homophobic bullying that left him afraid to be open with his sexual identity as a teenager.

The five-time gold medallist made the comments on Tuesday (November 15) at a pro-equal marriage event in Sydney Australia, news.com.au reports.

Speaking at Twitter’s offices in Sydney, he said: “When I was about 16 I was accused of being gay and because it was in that tone, I always thought of it as a negative, of not being equal.

“It was frightening. I knew I should have come out earlier but I never thought that I could, I didn’t have the confidence to do it,” he added.

“When I did come out it was to close friends and then my family which was the most difficult for me.”

Thorpe, who came out publicly in 2014, is currently in a relationship with fellow Australian and underwear model Ryan Channing. The pair are among the latest stars to back the ‘Say I Do Down Under’ campaign currently being led by Kylie Minogue’s fiance Joshua Sasse.

“I struggled to come out but I don’t struggle with being out,” he told the audience.

The first person he told was his sister, who suggested he tell their parents together.

“I come from a conservative family and my heart was racing,” he explained. “I had prepared for it and then I blurted it out and they quite simply told me that they would love me and always support me.

“It was overwhelming and I was so pleased I would be accepted by my own family,” Thorpe said.

He went on to praise Australia’s positive reaction to his public coming out, saying, “The way the country responded to me coming out was better than I could have hoped for.

“I was proud how the majority of people in Australia said ‘that’s great, no big deal’ and the nonchalant response is how it should be.”

Thorpe was speaking at an Australians 4 Equality event, in support of equal marriage and anti-bullying programmes in schools.