Home Gay Life I rioted at Stonewall in 1969 – and there remain battles to... 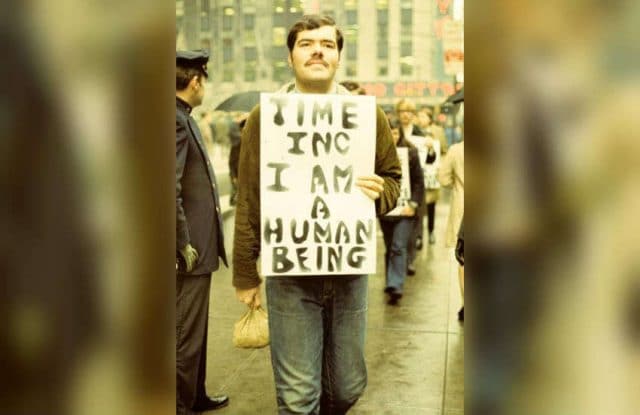 Those of us who resisted and fought the police in the – who stood up against injustice – did so in a time that would not be recognized today in the United States and fortunately in many other nations.

It followed a long history of great fear, shame and imposed isolation – often self-imposed. Many of our people self-policed and accepted the awful conditions we found ourselves born into, at a time very different to today.

For many years, LGBT people sought to hide in bars such as the Stonewall Inn, seeking comfort and shelter. They sought to escape the threat of violence and harm.

That night, when the police attempted to carry out an all-too-common raid and arrests, people outside who had long endured oppression and scorn, including some from those inside the bar who identified more with the established order and police, forever changed that dynamic. They rose up against the police and injustice.

The police removed people from the Stonewall, denying those inside the little comfort and safety they derived behind the locked bar door. Within an hour, those police would instead find themselves in fear, seeking to hide behind the very same door.

When they raided that bar and harassed, disrespected and arrested people, the police represented the state and society.

However, on this occasion, they were challenged to defend the unjust and wrong.

The people outside, including the homeless discards and thrown away youth, who fought back and rebelled, inspired millions to challenge injustice and forever change the world.

That bar’s front door became, for both the customers and then the police, the symbol that changed their view and relationships with regard to rights, respect, freedom and liberation. We stood outside that door and not locked inside!

Those despised and looked down upon by so many in society, both by heterosexuals and closeted LGBT people, became the key that night to free everyone in all kinds of prisons and closets.

Today, there are too many seeking to adapt to wrong and accept the status quo, as many did in those bars like Stonewall in 1969.

It is not the ones who accept and hide that bring about much-needed change. It is the responsibility of all to recognize our common humanity and to help create a better world. To unite and strengthen Our Community.

As one of the leading participants in the Stonewall Rebellion, as one of those throw away kids, I went on to help form the Gay Liberation Front and was among the organizers of the First Pride March.

I remained an activist for not only myself, but for all those still living in fear and being disrespected.

There remains much to change and improve, including the conditions many of our people contend with. I think particularly of our people in lands where the conditions and attitudes are the same as I experienced as a youth, before the Stonewall Rebellion. Places where still today they suffer psychological torture and death.

I urge everyone to make some time and effort to become aware of our people’s history. To realize how things have improved and to volunteer in some effort to continue that improvement in each one’s community.

Also support efforts in those lands where there is injustice, brutality and violence against LGBT people.

For those who believe others are not their concern, I would say that we are only as strong as we are united. We must ensure that oppression and those wrongs from the past that continue today, comes to an end. We demonstrate our Pride. Courage and self-respect are part of that.

I fought the police and stood up against injustice outside the Stonewall Bar and ever since. Acknowledge those of us who did instigate change by doing the same today and tomorrow.

Peace and Pride on this 50th Year and in years to come.