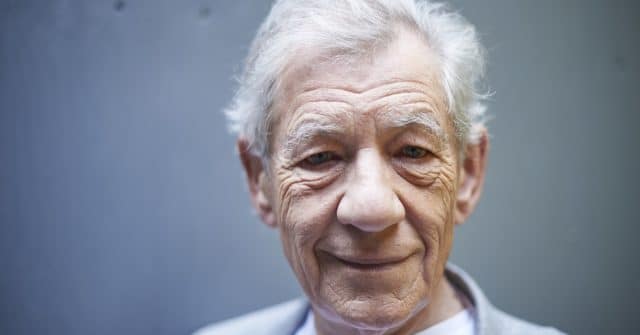 Actor Sir Ian McKellen turns 80 on Saturday (May 25). These pictures show just a fraction of his achievements in both acting and LGBT+ activism over the years.

McKellen was born in Lancashire in 1939, shortly before the the outbreak of the Second World War. Both of his parents had passed away by the time he was 24, so he came out as gay to his stepmother in 1988.

He told The Telegraph in 2009: “When I was 29 it was illegal for me to make love, I had a boyfriend and we slept together but the law said that we should be in prison.

“It was very hard to walk out in the street and say to him don’t touch me or brush your hand against mine, there may be a policeman around the corner.”

He is best known for his film roles as Gandalf in The Lord of the Rings and The Hobbit trilogies, the X-Men films, Gods and Monsters (1998) and Richard III (1995).

McKellen was knighted in 1991 for services to the performing arts.

A co-founder of Stonewall, he has been an outspoken activist for the LGBT+ community since coming out publicly.

In 1988 he lobbied against Section 28, a government bill which aimed to prevent the “promotion” of homosexuality. On an episode of Have I Got News for You McKellen said that when then-environment secretary Michael Howard refused to change his position on the bill but asked for an autograph for his children, McKellen agreed and then wrote: “F*ck off, I’m gay.”

He says on his website his most urgent concern is “legal and social equality for gay people worldwide.”

Take a look at these pictures to celebrate Ian McKellen at 80:

Ian McKellen, Oscar nominee for Best Actor for his role in “Gods And Monsters”, 1999. (Vince Bucci/AFP/Getty)

Kate Beckinsale presents British actor Sir Ian McKellen with his award for Outstanding Performance by a Male Actor in a Supporting Role-Motion Picture for his role in “The Lord of the Rings: The Fellowship of the Ring,” 2002. (LUCY NICHOLSON/AFP/Getty)

The Lord of the Rings cast at the 2004 Oscars. (Photo by Kevin Winter/Getty Images)

Sir Ian McKellen and Nicola Miles-Wildin performing as Prospero and Miranda during the Opening Ceremony of the London 2012 Paralympics. (Gareth Copley/Getty)

Ian McKellen shows his “The Lord of the Rings”-inspired tattoo in Elvish, 2015. (CHARLY TRIBALLEAU/AFP/Getty)