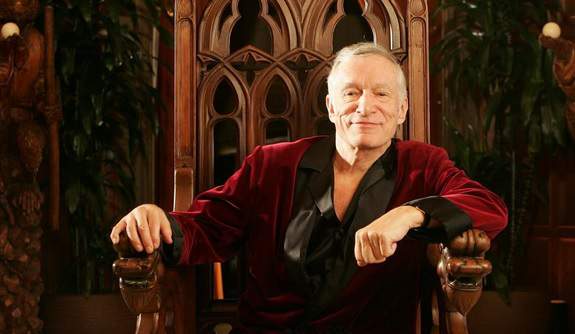 Bunnies, Celebrities, And More React To The Playboy Founder’s Passing

The news of Hugh Hefner’s death is shocking the nation. If there’s anyone, living or dead, who can snatch attention away from the ever-growing Kardashian-clan, is the founder and editor-in-chief of Playboy. A man whose vision changed the lifestyle of men since 1953. Rather than being, ahem, manly; Hefner created the playboy. Dapper, expensive taste, and surrounded by beauty.

Hefner revolutionized the modern, American man. After passing in his home, the Playboy Mansion, he leaves his legacy behind him to his family: His wife, Crystal, and four grown children, including his son Cooper, who serves as Chief Creative Officer of his father’s company.

I’ve already seen sarcastic and crude comments about Hefner’s passing. To some, he was an [old] pervert. People are claiming many stories of alleged cruelty and harm to women will now surface that he has passed. I don’t believe any of this will happen for a second. He has given a career to so many women that are currently household names. Holly Madison, Jenny McCarthy, Carmen Electra, Pamela Anderson, and the never-forgotten, Anna Nicole Smith.

There is an endless amount of celebrities mourning the loss of Hefner. Check some of them out below.

I just found out @hughhefner died. Thank u for the time together, 2 covers& artistic freedom on my second shoot. you believed in my vision

Hugh Hefner put me in Playboy & ignited my career. I am forever indebted, Hef. You will forever live on as an icon of epic proportions. #RIP

Hugh Hefner was a strong supporter of the civil rights movement. We shall never forget him. May he Rest In Peace. pic.twitter.com/oL3lKLZRQ5

I had a number of great conversations and with Hugh Hefner. Was such an interesting man. True legend. What an end of an era!

RIP @hughhefner ? thank you for making me part of the Playboy family. Sending lots of love and prayers to @crystalhefner

If you were raised without a mom Hugh Hefner probably changed your life. Champion of great writing & freedom of speech & always kind to me.

RIP #Hef Thank you for being a revolutionary and changing so many people's lives, especially mine. I hope I made you proud. ?#PMOY 94 ❤️ pic.twitter.com/sF9ARYgEpw

Hefner has made his mark on the world. He will be forever remembered and forever missed. Rest in paradise, Hugh Hefner.