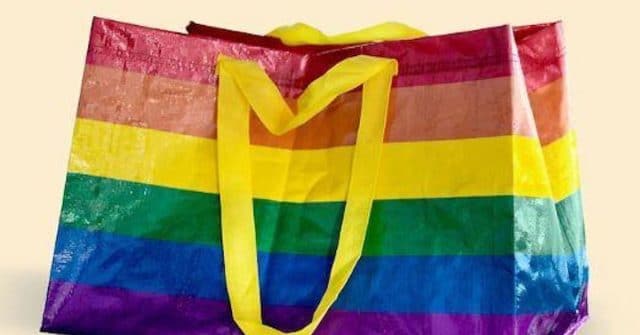 IKEA US has released a rainbow version of its classic blue bag this Pride to raise money for the Human Rights Campaign Foundation (HRCF).

All proceeds from the bags will go directly to the HRCF and IKEA stores across the US will also fly a rainbow flag on June 1 to kick off Pride month.

“At IKEA, our culture is centred on the value of togetherness. We believe equality is a fundamental human right and that all homes are created equal. We know everyone deserves a home you absolutely love and a workplace where you can be yourself. To further show our commitment to equality and LGBT+ inclusion, on June 1, our co-workers will hoist the Pride Rainbow flag at all IKEA locations,” said Rafael Fantauzzi, IKEA US diversity and inclusion manager.

The HRCF is the education and research arm of the largest LGBT+ civil rights organisation, Human Rights Campaign.

IKEA has featured gay couples in its adverts since 1994.

The bags will also be sold in the UK for £1.50, and are available online and in store now.

According to IKEA UK, which is a member of Workplace Pride Foundation and Stonewall, “the sale of these bags will help us contribute and participate in local Pride events and other LGBT+ initiatives.”

IKEA have featured same-sex couples in their adverts for 25 years and were the first company to show a same-sex couple in a mainstream commercial in the US in 1994.

The advert featured two men shopping for a dining table together at IKEA.