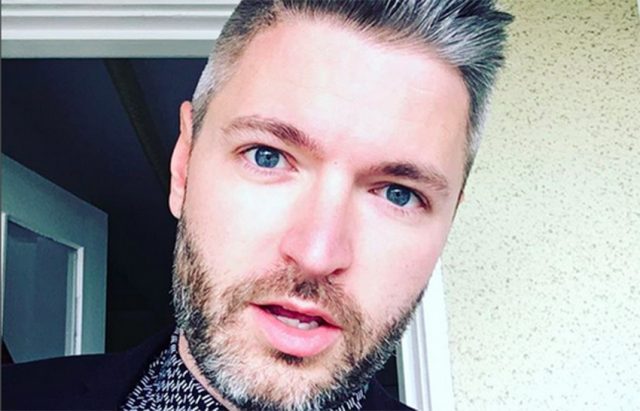 Producer and RuPaul‘s Drag Race judge Lucian Piane is once again antagonizing the masses with his latest series of Tweets, and this time he’s decided to give unyielding racism a whirl.

“If black people stopped being so ashamed of themselves,” he wrote on Sunday morning, “we could call them n****rs and they would laugh.”

He later goes on to insult Jews, and calls RuPaul “the wisest n****r I know!”

If black people stopped being so ashamed of themselves we could call them niggers and they would laugh. Backwards shit.

If Jews stopped the Holocaust victim shit we would all get along. #truth

As you can imagine, Twitter had plenty to say about Piane’s latest tirade:

@RevoLucian wtf is wrong with you?

@TATIANNANOW who the fuck are you?

@RevoLucian someone who hasn't ruined their career. Good luck to you.

These Tweets came one day after Piane posted an explicit photo of himself with the caption, “Check out my AIDSY hobo dick, China!”

RuPaul wrote a mysterious Tweet that seems to address the situation and infers Piane’s issues are deeper than anyone knows:

To be seriously honest, I am somewhat concerned for @RevoLucian. If he's experiencing any mental health issues, we ought to support him.

Meanwhile, it doesn’t appear that anyone in Piane’s circle has reached out to him, as he’s continues to manically update his Twitter:

THIS IS WHAT I AM SAYING https://t.co/SvRLCDghEV

COLLECTIVE SHEEP, WAKE UP!!!! LIBERAL ELITES, YOU ARE ASLEEP. https://t.co/f0O5SvQy7g

YES, CHILDREN. AND YES, YOU ARE A CHILD IF I OFFEND YOU. https://t.co/cs4rO17PYN