Home Gay Life India bans Love, Simon from cinemas on the day of its planned... 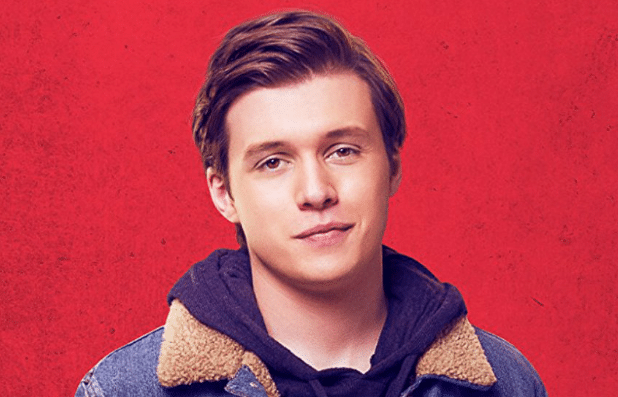 People are not happy about the last minute decision

LGBTI people across India are reeling that Love, Simon has been delayed ‘indefinitely’.

The popular gay coming of age movie was a worldwide hit. Its Indian release date was supposed to be 1 June.

But people reported that when they tried to book tickets to previously announced screening times, they were no longer available.

It is understood the Central Board of Film Certification (CBFC) banned Love, Simon because of the film’s gay content.

Regardless of the CBFC’s reasoning, the LGBTI community is mobilizing to convince the censors to overturn their decision.

The hashtags #ReleaseLoveSimoninIndia and #LoveSimon are trending on Twitter. While some people have launched online petitions to overturn the ban.

People argued the film must be released in India. They said LGBTI representation is important especially in a country where gay sex is criminalized. India criminalizes sexual acts ‘against the order of nature’ under Section 377 of the Penal Code. LGBTI issues are also taboo and don’t receive much mainstream attention in India.

#ReleaseLoveSimoninIndia do they think everyone is going to "turn" gay by watching that movie?? do they not realise how important this movie is for the lgbtqia+ people in india and people like me who are trying to come in terms with their sexuality?

‘India has lacked a mainstream powerful representation of its LGBT+ citizens for a long time. Although not Bollywood, this film could… also educate parents about what it means to be gay, lesbian, bisexual etc,’ one petition reads.

‘This film could have a tremendous impact on the country’s perception of what it means to be a part of the LGBT+ community.

‘This movie can be a medium to create awareness and can be a progressive step in eliminating the stigma that surrounds the LGBT+ community.’

we live in a country where domestic abuse isn’t illegal but homosexuality is. the toxic mindset of people is what causes lgbt+ to be taboo in society to a point where it’s misunderstood. this movie, and we, have the power to make a difference. #ReleaseLoveSimoninIndia

India’s CBFC is not keen on gay films

It is not the first time the CBFC has banned a gay film.

For more than a year filmmaker Jayan Cherian has battled for the CBFC to classify his gay love story film, Ka Bodyscapes.

Last year, the CBFC ousted its chairperson Pahlaj Nihalani who refused to classify Ka Bodyscapes, even though the Kerala High Court had ordered the censors to give the film a classification.

The LGBTI community also accused the CBFC of over-censoring the Oscar winning movie, Moonlight, to the point where the film lost its original meaning.

In 2015, the CBFC banned the lesbian film, Unfreedom, because it thought the film would ‘ignite unnatural passions’ in viewers.

Gay Star News has contacted the CBFC for comment.

SO YOU CAN FUCKING RELEASE A MOVIE WHICH HAS SWEAR WORDS BEING SPOKEN EVERY MINUTE AND DEPICTS SEX BUT YOU won't RELEASE LOVE SIMON JUST BECAUSE IT HAS SCENES OF A BOY KISSING A BOY?