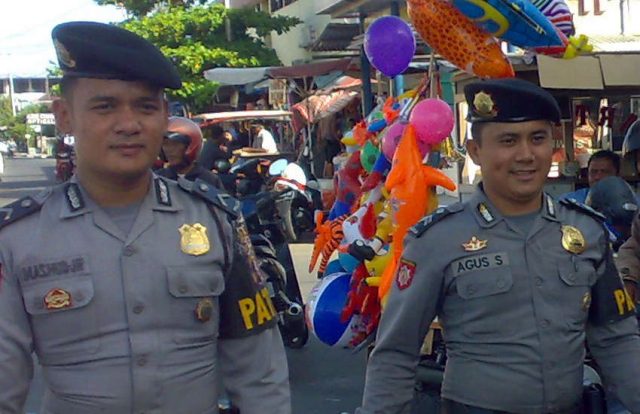 An Indonesian police officer who alleges he was fired because he’s gay is taking the police force to court.

Known as Brigadier TT, local media reports the 30-year-old was dishonorably discharged due to his sexuality in 2017.

He is now taking the Central Java force to court over the dismissal.

Homosexuality is not illegal in Indonesia, except for in one state with sharia law.

But, since 2016, Islamic fundamentalism has fueled anti-LGBTI rhetoric and policies from the nation’s leaders.

Police reportedly arrested Brigadier TT in 2017 under suspicion of extortion.

An ethics committee ruled to dishonorably discharge him in October that year.

Employers formally ejected him from the force In December 2018. He had served for 10 years.

It was a police officer’s duty to adhere to ‘legal norms and observe religious norms, polite behavior, moral standards, as well as uphold human rights’ he told Suara.

Muslim-majority Indonesia is one of the worst places to be gay in Asia.

Religious and political leaders have been whipping up hatred against the LGBTI community for the last three years.

The crackdown has seen police raids on LGBTI clubs and saunas, publications, and even HIV charities.

While there is no national law against gay sex, authorities have introduced local by-laws to drive out their LGBTI populations or used archaic pornography laws to prosecute.

That’s why most remain in the closet, living in fear.