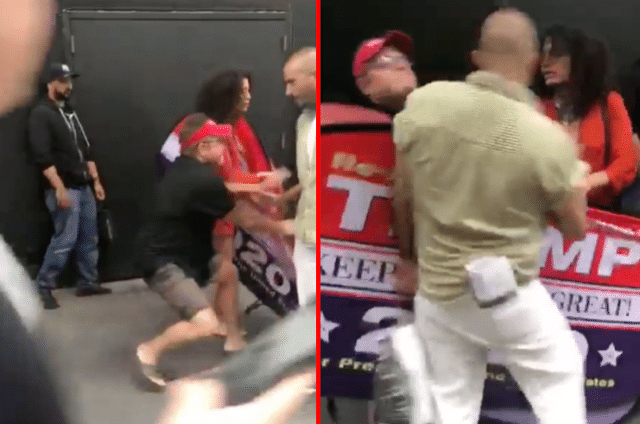 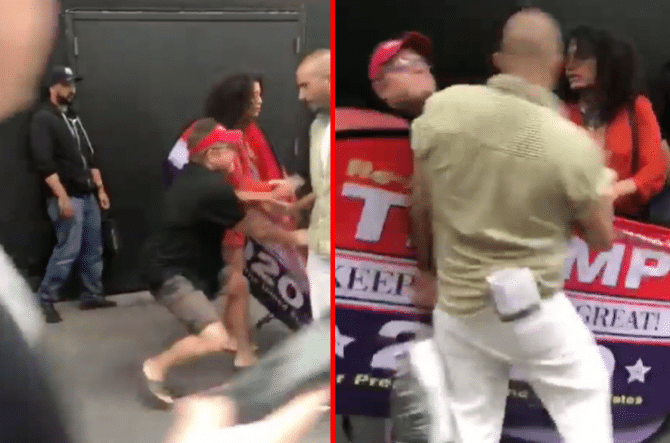 Pose star Indya Moore got into a heated altercation with a Trump supporter in New York City on Friday and things quickly turned violent.

In a video uploaded to Facebook, Moore is seen stomping on a giant “Re-Elect Trump in 2020: Keep America Great!” sign outside of the studio where Pose is filmed while a woman off-camera says, “That’s personal property, sweetheart.”

The two wrestle over the sign before the man violently shoves Moore twice, who responds by snatching the man’s red MAGA hat. That’s when NYPD police step in to diffuse the situation.

As police try to calm Moore down, they can be heard saying, “You could’ve died for Trump! He could’ve stabbed you!”

The disturbing footage was uploaded to Facebook by Dion Cini, who is believed to be the man in the video, where it has racked up over 900K views since Friday.

After the footage went viral, Moore took to Twitter to thank followers for their support, tweeting: “Thank you for loving my community, fighting for us, supporting us fight for ourselves and others who are experiencing an increase of oppression and violence under this current administration.”