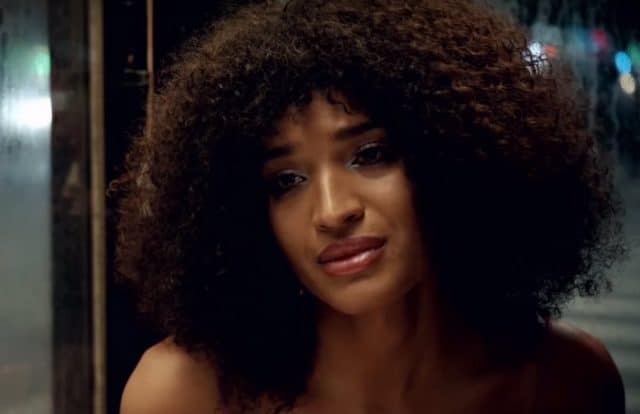 The inmate in her cell at the Rose M. Singer women’s facility around 2:40 pm on 7 June.

According to the Department of Corrections, medics attempted to revive her for an hour before she was officially declared dead.

‘Any death in our custody is a tragic loss, and we are looking into how this happened,’ a Department of Corrections spokesperson said.

Indya Moore took to her Instagram, posting several pictures of the woman, identified as Layleen Cubilette Polanco Xtravaganza. Moore explained she knew her growing up.

‘No details on her death have been released. I’m so disturbed. I feel like I’m in a virtual reality. I knew Layleen growing up.’

Moore furthermore added: ‘I Remember desiring to be beautiful like her. She was cool, and funny too, like all of us she had dreams of escaping poverty and the misery of social ostricisation.’

Layleen is yet another victim of violence against trans people. have been killed so far in 2019.

‘She is the 10th trans woman to die this year. Noone knows if it was a murder, or how she died but this is the closest black trans death has ever gotten to me and this is extremely alarming and traumatic,’ Moore also said.

‘As you all know the trans community is extremely small, we feel every loss and we often all know someone who knew somebody murdered.’

‘By initiation of the trump administration, the supreme Court is debating RIGHT NOW on whether trans people deserve to be a federally protected demographic, to equal access legal aid, employment, shelter, healthcare, and employment they are hearing our cases on why we deserve human rights,’ Indya Moore continued.

‘Our current administration is sending a legislative message that trans peoples lives don’t matter and that is encouraging people to take our lives, it’s making our deaths go uninvestigated.’

‘I don’t want to die, I don’t want us to die. And I won’t fucking stand for it and I WON’T STAND BY AND WATCH PEOPLE PROMOTE AN ADMINISTRATION THAT IS SENDING A MESSAGE THAT OUR LIVES DON’T MATTER AND IT’S OKAY TO KILL US. I don’t care who they are! OUR LIVES MATTER BEYOND ENTERTAINMENT AND TELEVISION. WE MATTER IN REAL LIFE AND THAT IS THE ULTIMATE MESSAGE OF MY WORK AND IT ALWAYS WILL BE!!!’

Moore is the latest trans celebrity to speak up on the incredibly high rate of murdered trans women this year.

Last month, Laverne Cox teared up over trans murders in an Instagram video.

The OITNB actress broke down in tears when the Beyoncé song Heaven began playing.

‘It’s insanely painful to keep reading reports of trans folks being murdered,’ she wrote in the lengthy and painfully candid caption.