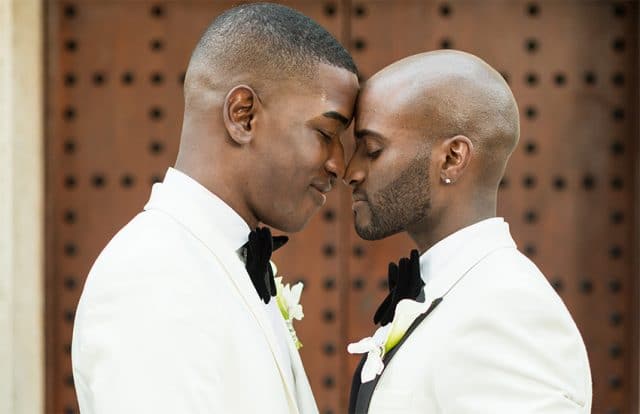 Dom and Nick met when they were teenagers

A gay couple living in Brooklyn, New York City, saw their love story go viral in June when it was featured on the Instagram profile, @TheWayWeMet.

Nick met Dominic when they were 14 and 16 respectively. They went to the same High School, but then to different colleges. They met again after graduating and fell in love.

‘We reconnected one summer when I was in Orlando helping a friend move into her dorm and asked Dominic to have dinner with me,’ said Nick.

‘That night we talked for four hours and shut down the restaurant. Shortly after, Dominic asked if we could make it official and so our long distance relationship began. But the distance wouldn’t be ending anytime soon.

‘After college, I moved to New York for work and Dominic moved to D.C. to go to law school at Georgetown University. Finally, after seven years of the back and forth, we are finally living together in Brooklyn… and engaged!’ 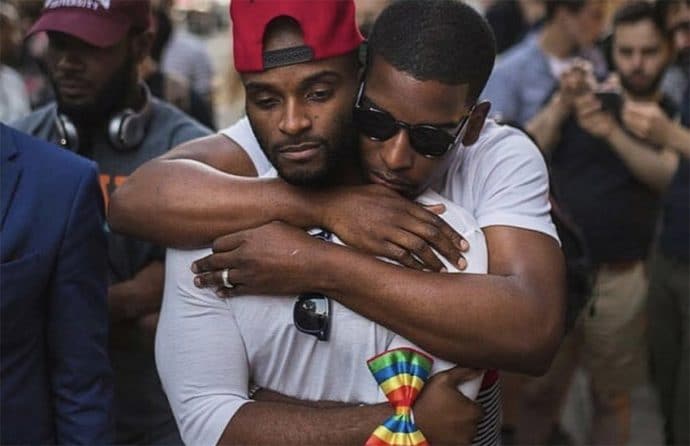 The photo accompanying the post showed them at a candlelight memorial service for those lost during the Pulse nightclub massacre.

The two have built up a large social media following and are firm believers in challenging racism and questioning prejudice – among straight and gay people.

‘Dominic and I feel lucky to have found love at such a young age. However, falling in love with another black man was scary in ways neither of us could have ever imagined.

‘It forced us to face the very real resistance from society for being not only homosexuals but black men as well. We had to confront the stereotypes of being largely defined as uneducated, disloyal, untrustworthy, and unreliable individuals.’

Dom and Nick got married on 7 July, and have just released their wedding photos. 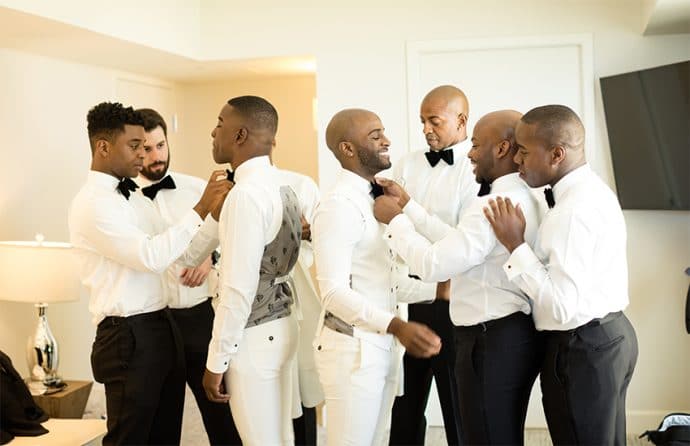 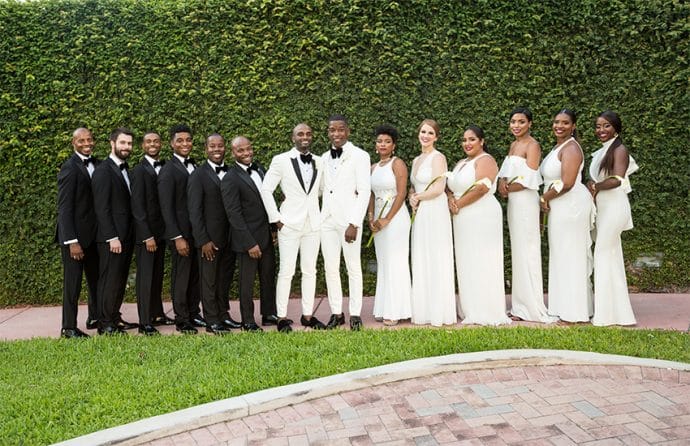 ‘Our officiant had all of our guests reaffirm that by attending our wedding they submit that love is love and should be accessible to all that desire to have it.

‘To have the most important people in our lives make that pledge was very powerful for us. We’ve never been to a same-sex wedding and neither had many of our friends so it was a unique experience for us all.’ 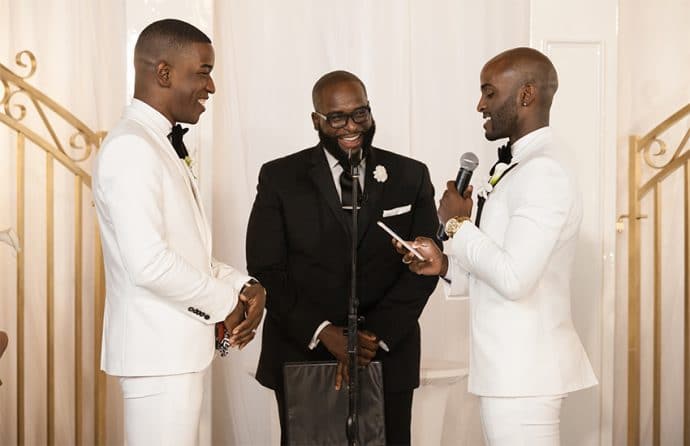 Dominic added, ‘The day went perfectly. It was the most amazing experience of my life – celebrating our marriage with almost 200 people that unconditionally love and support our union was nothing short of magical.’ 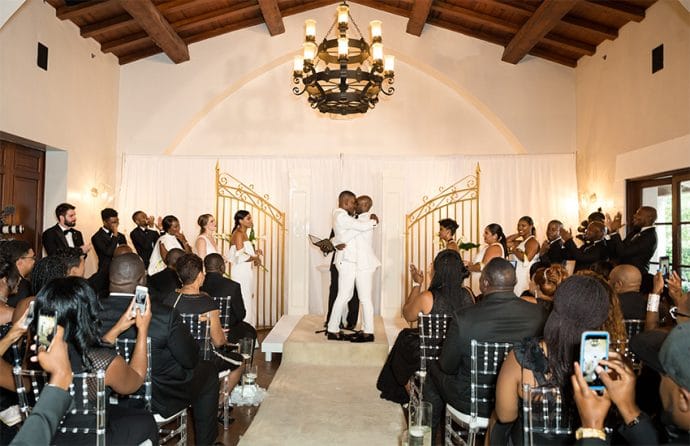 The two enjoyed a honeymoon on Mexico’s east coast. Does it feel any different to be married?

‘It has not changed our relationship for me,’ says Dominic. ‘I simply feel a greater sense of security in and responsibility for the family unit that we are creating.’ 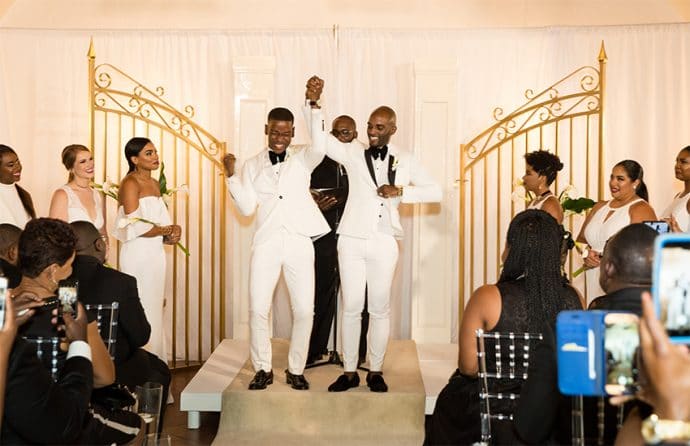 ‘The only thing that’s really changed since we got married is my last name!’ laughs Nick.

Check out more images below: 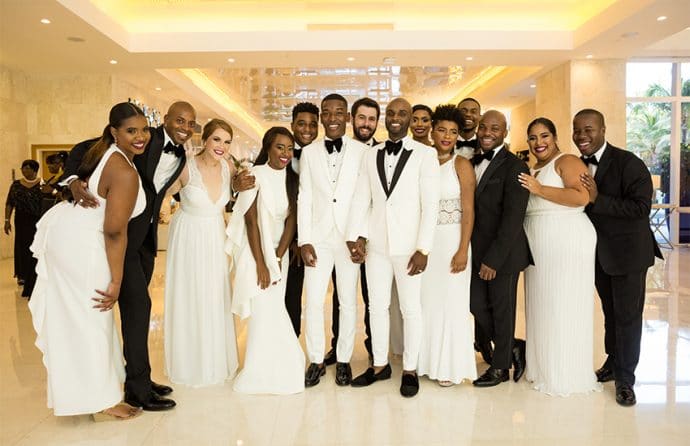 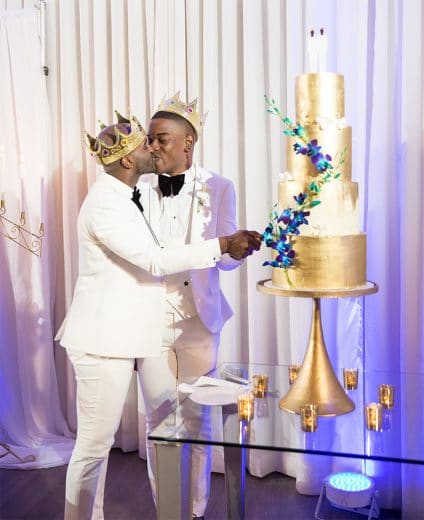 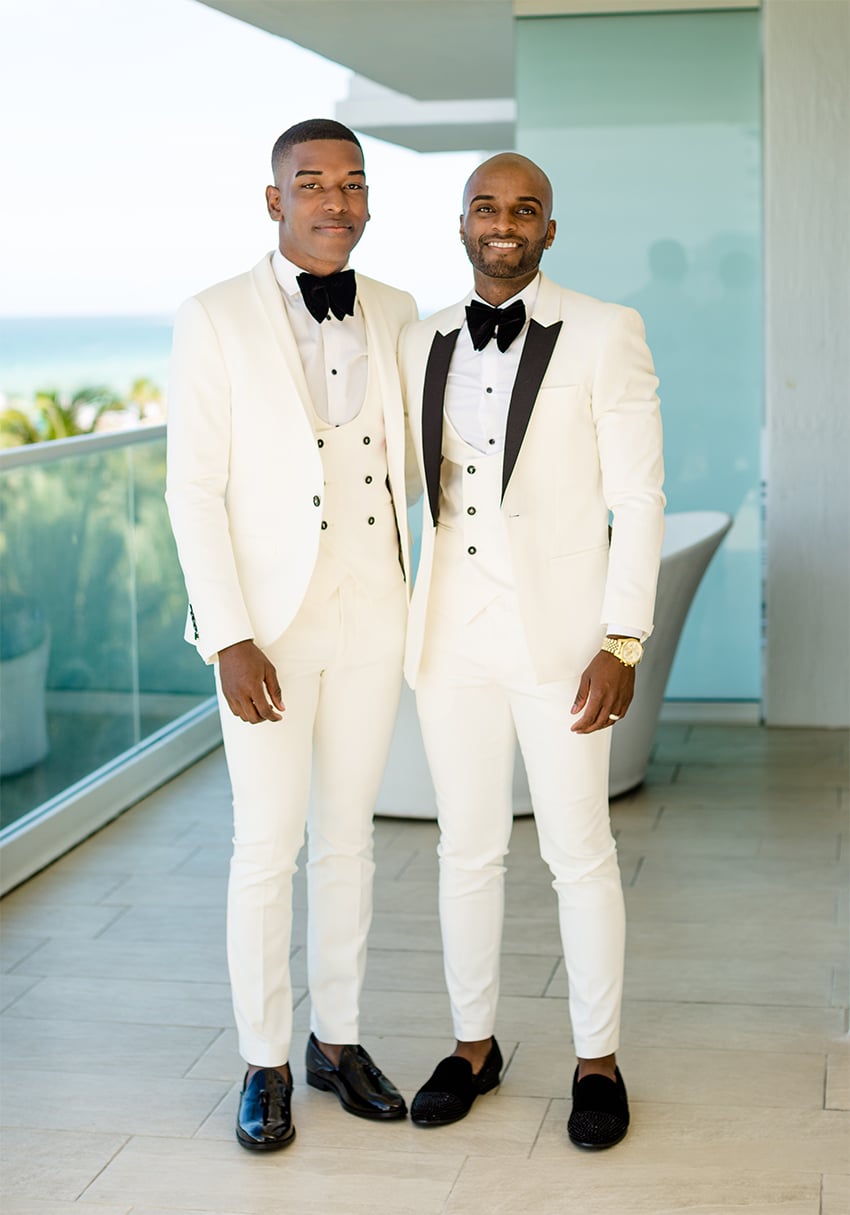