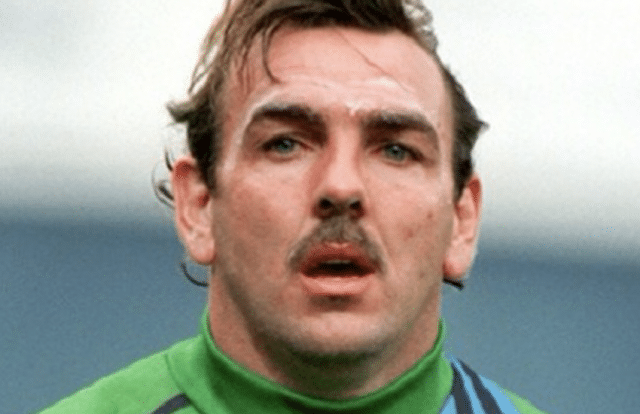 Former Everton FC player Neville Southall has posted an of an inspirational tweet about acceptance, that has sent fans alight with praise.

He posted, ‘If your gay straight trans or anything else you should be able to be what you want. Not live a lie.’

The tweet came after a conversation with his followers online.

‘It was after talking to a couple of people on here about sexuality and gender; lots of idiots came out of the woodwork to have a go,’ he tells Gay Star News.

‘I thought: how does anybody who is different put up with that shit every day?’

Southall played for Everton Football club as well being an international soccer plater, as a goalkeeper for Wales back in his heyday.

Chatting to ‘Big Nev’ as he is affectionately known, it’s clear by the language he uses how much he listened to the trans people he spoke to.

‘I was chatting with a cis lady and she put me onto another trans lady who explained to me what it all means.

‘I came away thinking why do these people have to put up with so much shit all time? They are nice human beings who should have had more help earlier and lot more support.

‘They opened my eyes to different world’

So much love for Big Nev’s tweets

It’s not just discrimination towards gay and trans people Nev’s been posting about. He’s hit the headlines this week for attacking the UK’s conservative party, talking about socialism and even for ‘recycled skeletons.’

Freelance journalist Adam Hurrey perhaps knows more about Southall’s tweets than anyone. Just this week he posted a collection of some of his best, including the above ‘skeleton’ gem.

‘I think it’s a huge step to see such an old-school footballing figure like Southall not just speaking out about the LGBT community, but actively looking to learn more about the issues they face,’ before admitting to GSN; ‘Nothing surprises me about Big Nev though – nobody has ever had a bad word to say about him!’

For Hurrey it was the tone of his tweets that stood out more than anything, ‘it’s a huge contrast to the general attitude in the football fraternity back on the 1980s.’

Southall noted that in our chat too, but also says, ‘football is getting better.’

Lots of people on Twitter have been praising the tweets.
In this chain, Southall chatted about depression, being trans and acceptance. Eventually telling the user ‘You are a terrific person. Fuck everyone you are entitled to be happy.’

This is @NevilleSouthall 's finest schooling of someone since "well done he's 13" pic.twitter.com/eAzz4Bp0HE

Moreover, it wasn’t long before someone directed him to trans children’s charity Mermaids.

This is so pure and lovely. Everyone needs to be this open to learning. pic.twitter.com/v5gXMVaP3z

The charity was just this week honored by the UK royal family for their work, who tell us ‘it was so heartening seeing someone so high-profile and with such an open mind.’

His final message to anyone out there who doesn’t know much about being trans is:

‘Talk to trans people. We are all not so different… be good and understand others which, will make us more tolerant and life easier for all.’