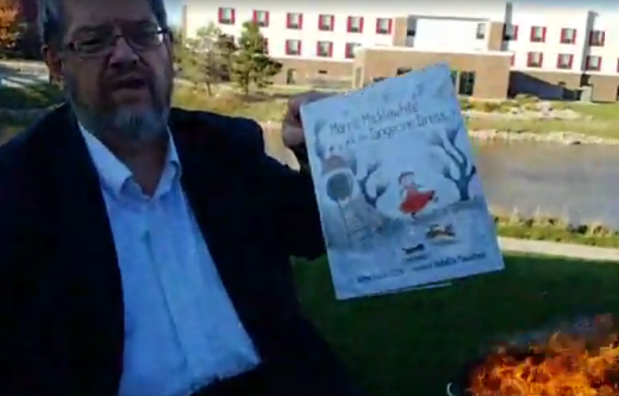 An Iowa man threw LGBTI children’s books into a fire on a live Facebook video.

Paul Dorr, who t0ok the books from Orange City library, chucked the books into the fire in the 30 minute video. He is director of Rescue the Perishing, a organization that campaigns ‘against moral evil to advance the Kingdom of Christ’ by standing ‘against abortion, the sexual revolution in general, corruption in the churches and colleges.’

He says in the video: ‘You won’t be peddling this one anymore. You should all be ashamed of yourselves and repent.’

After posting the video, Dorr released a very lengthy statement on his website.

Dorr concludes with: ‘continuing my 25-year stand for Christ I cannot stand by and let the adults – this time the shameful Orange City library board – bring the next group of little children into their foul sexual reality without a firm resistance.

‘I have check out, from the Orange City library, several of the books targeting 4- & 5-year-old’s which the Drag Queens will likely be reading to children here in Orange City this evening.

‘These copies owned by the city of Orange City, IA will not be part of those they get to read, as I am going to do what the German church leaders should have done in 1933. I am now going to burn these copies. God be praised!’

In this he’s referencing a story time to young children in many public libraries read by Drag Queens. These story times hope to highlight LGBTI issues.

Throughout the statement, he mentions how sexual education, which he refers to as ‘sex talk’, has changed through the years to highlight the existence of LGBTI people and AIDS.

Then, he claims to fear the rise of socialist Nazism by pro-LGBTI people, while referencing Hirschfeld, the famous LGBTI research library burnt by the Nazis.

Recently, religious groups organized against the books. Over 300 people signed a petition to ban books containing homosexual and trans content in a public library.

This movement was led by Rev Sacha Walicord, who said LGBTI books are ‘pushing an agenda’.

Iowa residents call for LGBTQ books to be banned from library 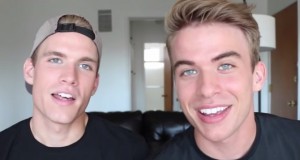 The Rhodes gay twins reveal the story of their coming out...

Nick Gayer
0
Do you remember the moment when a couple of two adorable gay twins known on YouTube as the Rhodes brothers released on their YouTube chanel the video of... 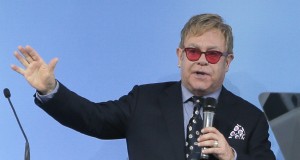 Patru Bogdan
0
It is not a surprise for anybody that Russia has a very strict position regarding homosexuality. Not only the country’s policy outlawed homosexuality, but... 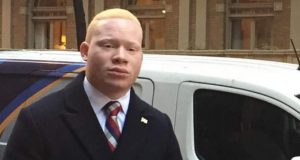 Nick Gayer
0
An Atlanta officer is under investigation after being caught on camera calling a man a “fa**** ass n****.” On January 26, actor and activist Sir...