Home Gay Life Iraq bulldozes building used by IS to throw gay men to their... 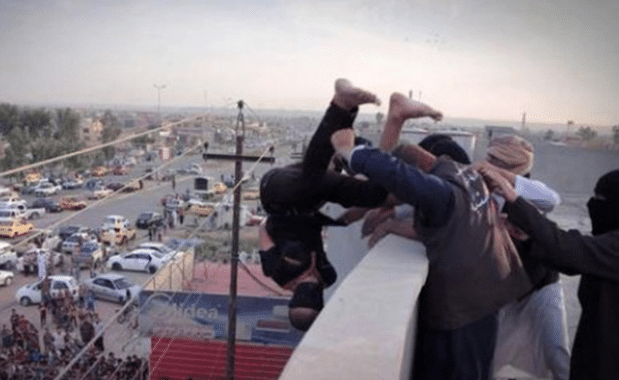 Iraq authorities are bulldozing a building that was home to hundreds of Islamic State (IS) homophobic crimes.

Many men accused of being gay were thrown off the seven-storey building that was once home to the National Insurance Company in Mosul.

The building, ravaged by the battle to end IS rule, will be removed.

IS were finally removed from Mosul in the summer of 2017.

A new government building will likely take its place. There are no plans to build a memorial to LGBTI victims of IS. 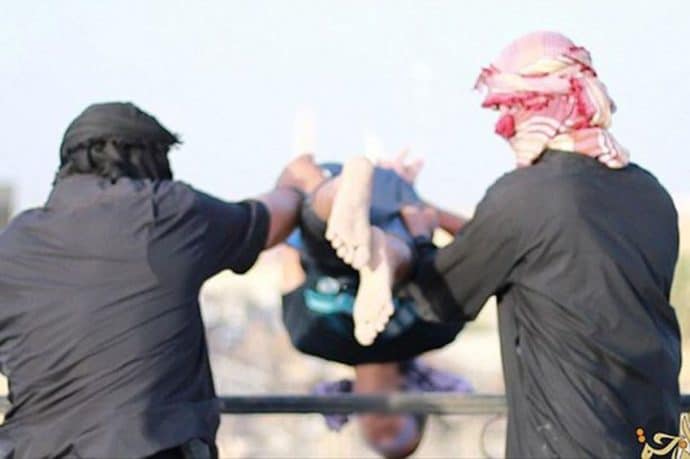 Under IS, or Da’esh rule, hundreds of gay men were murdered in Iraq and Syria.

The photos and videos would then be published on IS channels, or sent to Arabic-speaking journalists.

Experts believed IS warlords deliberately sent this out as propaganda, boasting of their ‘success’.

ISIS members have previously referred to gay people as the ‘worst of creatures’.

The executions typically followed a pattern. It is believed the extremists often drug the victim. They would then blindfold them, cuff their hands behind their backs, and lead them to the top of a high building.

A mob would awaiting the execution. The killers would then announce the man was found guilty of homosexuality. They would then hurl him off the edge.

If the victim survived the fall, a crowd gathered stoned the man to death.

Should the Iraq plot become a tribute to LGBTI victims of IS? 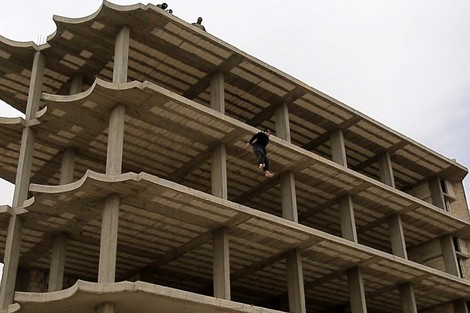 Abu Mahmud, a resident of Mosul, said he believed the building should have remained as it was.

‘This building is extremely important architecturally as it’s one of the modern icons of the city and of its recent history,’ Mahmud told AFP.

‘So the relevant authorities should have also kept it this way, as a witness to the ugliness of Daesh’s crimes against Mosul.’

‘I hope this building is removed and that a garden or museum is erected in its place,’ she said.

‘It’s a terrifying sight. It reminds me of the death penalty Da’esh would mete out against innocent people by throwing them off the roof.’