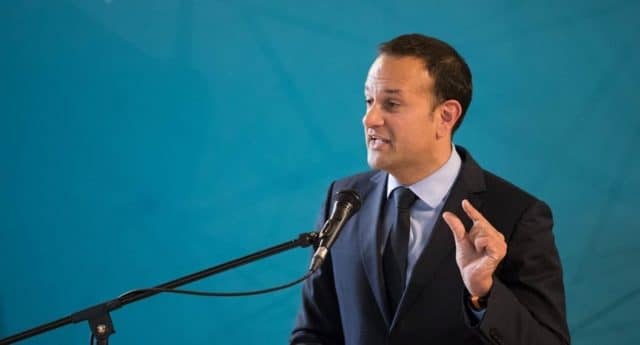 An openly gay Irish politician has been named as the country’s next Prime Minister after winning a leadership contest.

The country, which was once known for its strong Catholic values, has made a lot of progress on LGBT rights in the past few years.

A 2015 referendum brought equal marriage to the country, while it has also adopted progressive gender recognition laws.

More progress was made today, as politician Leo Varadkar was confirmed as the country’s next Taoiseach (Prime Minister) – only the fourth openly gay world leader in modern history.

The politician, who had been the Minister for Social Protection, won out over his rival Simon Coveney with 60% of the electoral college votes.

Mr Coveney took a lead among party members, but Mr Varadkar dominated among Local Public Reps and TDs, who held a decisive portion of the votes.

Mr Varadkar will become only the fourth openly gay head of government in recent global history.

There is only one other openly gay leader currently in office, Luxembourg’s PM Xavier Bettel.

In his victory speech, he noted the country’s extraordinary journey, adding: “If my election has shown anything, it is that prejudice has no hold in this Republic.”

He added that his father – an Indian immigrant – would be proud that his son could be “judged by his actions, not his origins or identity”.

The leader-in-waiting added: “Friends, today I’m honoured to have been elected as leader of the party. I accept it with humility, and am also aware of the challenges ahead. I want to thank everyone who engaged in this democratic process.

“To you who supported me, I give you my heartfelt thanks, and won’t let you down. To those who did not, I hope I can gain your trust and confidence in the years ahead.”

His win was hailed by LGBT campaigners.

Moninne Griffith, Executive Director of BeLonG To Youth Services, said: “It is a historic day for the LGBT+ community, and indeed for all of Ireland as we welcome the country’s first openly gay presumptive Taoiseach, Leo Varadkar.

“This is a huge step forward for Ireland and we applaud the fact that this political race focused on policy and the issues, and not sexual orientation.

“As Ireland’s national LGBT+ youth service, we are delighted that the new leader of Fine Gael is a gay man, and now a role model for the youth who use our services across the country.

“There is no doubt there has been a huge change in Ireland since the Marriage Equality Referendum. But we have to be realistic and remember that there are many thousands of LGBT+ young people who continue to face harassment and bullying because of their sexual orientation, gender identification and gender expression.

“There has been a 100% increase in the number of young people accessing our services since the referendum. Each week, we have 150 young people coming through the doors in our Dublin services and hundreds more accessing support through our national network of LGBT+ youth groups.

“We are committed to continuing to represent LGBT+ young people and their families and we look forward to working with the presumptive Taoiseach on improving their lives and well-being.”

Ahead of the race, the politician went public with his partner of two years, doctor Matt Barrett.

However, Mr Varadkar was insistent that his partner would not take on a prominent role.

He said: “That wouldn’t be my plan. First of all, we’re not married.

“We’ve only been going out for two years… and, secondly, while that has been the tradition in politics, it doesn’t necessarily have to be.

“Take Angela Merkel. She is on her third term at the moment. She has been chancellor for nearly 15 years. She has a husband [Joachim Sauer] but he has a job.

“He has only ever attended one occasion with her because he has his own career. I think that would be part of the generational shift in politics, because traditionally you had a male leader, a wife who had given up her job.

“We are now moving into an era across the world where men and couples have their own careers.”

It has been a steep climb for the 38-year-old, who only came out as gay in 2015, ahead of the country’s equal marriage referendum.

He said: “It’s not something that defines me. I’m not a half-Indian politician, or a doctor politician or a gay politician for that matter. It’s just part of who I am, it doesn’t define me, it is part of my character I suppose.”

Mr Varadkar had a key role as Ireland went to the polls to vote on same-sex marriage, delivering a stirring speech in favour of same-sex marriage credited with helping win over undecided colleagues. 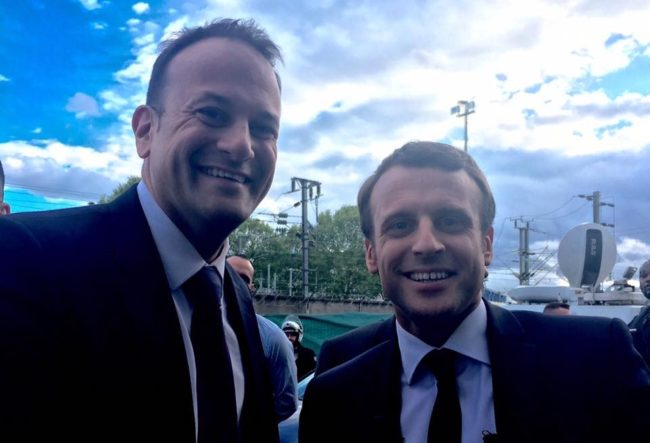 He told Parliament in an emotional speech: “This is not a Bill about ‘gay marriage’, it is about ‘equal marriage’. It is not about weakening one of the strongest institutions in society, it is about strengthening it by making it inclusive and for everyone.

“It is about removing the sense of shame, isolation and humiliation from many who feel excluded. It lets them know that Ireland is a country which believes in equality before the law for all its citizens.

“This Bill allows allow gay men and women, for the first time, to be equal citizens in their own country.

“No exceptions; no caveats; no conditions; just equal. This is not an act of generosity to a minority, rather it is an act of leadership by the majority.”

While serving as health minister, last year Mr Varadkar finally relaxed the country’s ban on men who have sex with men donating blood.

He has also hit out at US Vice President Mike Pence’s anti-LGBT views, saying Ireland should “try to engage positively with the new administration but not to the extent that it compromises our values”.