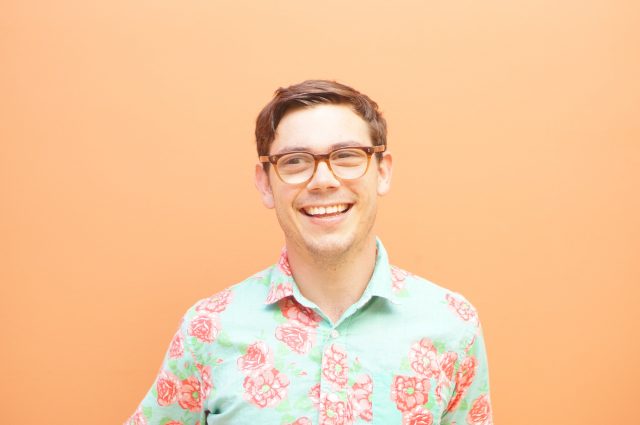 Is television finally feeling willing and able when it comes to portraying more disabled characters? It certainly appears that way.

According to GLAAD’s 2016 “Where We Are on TV” report, the percentage of series regulars with disabilities this year has risen to 1.7 percent (15 characters), up from last year’s 0.9 percent (eight characters). It is an “amazing” accomplishment, according to Ryan O’Connell, a gay and disabled TV/film writer and author of “I’m Special: And Other Lies We Tell Ourselves,” a memoir based on his life as gay and disabled–but still not enough.

“We are limping our way very slowly into the mainstream, honey,” he tells Queerty.

Even still, O’Connell is determined to be part of the solution, no matter how long it takes to limp there.

In May 2015, The Big Bang Theory’s Jim Parsons and his partner, Todd, optioned the rights to turn O’Connell’s book into a TV show. After that, O’Connell spent the next 18 months working with Parsons to get TV’s first gay and physically disabled male character on the small screen. Things didn’t exactly go according to plan.

“I ended up going to six networks and they all passed,” O’Connell says. “Here’s the thing: Putting a gay disabled character on television is very hard. Hell, putting a gay character as the lead of a TV show is hard. We’ve come a long way in the past few years, especially with shows like Transparent, but the reality is that Hollywood is still living la vida Kevin James.”

It doesn’t help that Hollywood is “very focused” on looks either, he adds. While many shows seem eager to portray hidden disabilities (such as bipolar disorder), the same cannot be said for people with physical disabilities.

“I think Hollywood is largely not interested in disabled people because they don’t view us as ‘sexy’ or ‘cool,’” he says. “To [Hollywood], we are just sad and something to be pitied.”

Of course, the disabled TV landscape is not all sad. O’Connell praises ABC’s Speechless for having an actual disabled person as the lead character.

“I do think [Speechless] is a great sign of what’s to come,” he says.

Ray Bradford, GLAAD’s Director of Programs, Entertainment Media, who helped pen the organization’s “Where We Are on TV” report, remains hopeful that the number of people with disabilities on TV will continue to rise, but admits it may require some extra work from showrunners.

“Showrunners and content creators should stop being afraid that including characters with disabilities will automatically draw focus and shift the entire plotline into one about someone’s disability. That premise rarely happens in life,” he says. “Our advice would be to include disabled characters liberally and creatively, and also be mindful that LGBTQ people with disabilities are some of the most creative, fierce and funny people around; the source of good characters and storylines.”

As for O’Connell’s own show, Special: Warner Brothers eventually bought it, and intends to launch it on their online digital channel, Project Mix. The plan is to shoot eight 15-minute episodes in May or June. It is an exciting time, O’Connell says.

“With Special, I mainly want to show a disabled person whose narrative isn’t all tragedy, who has a strong point of view, and loves to laugh,” he notes. “I want people to see themselves in a character they never thought they could identify with. A running theme in my writing is taking things that are considered taboo or weird and putting it through a f-ing mainstream, Top-40 blender.”