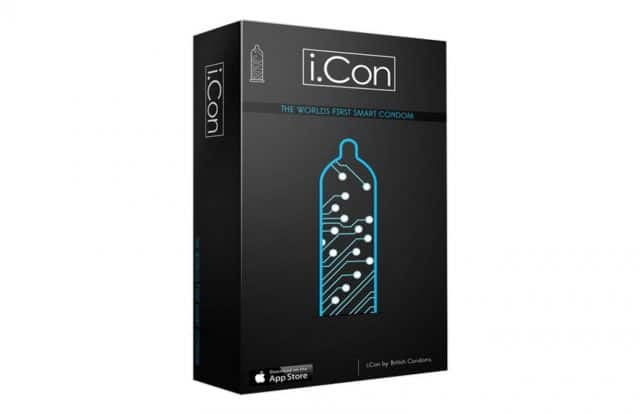 Say hello to the i.Con: a device that will track how many calories you’ve burned during sex.

OK, so the i.Con technically isn’t a condom, but rather a ring that will sit over one at the base that will track your, erm, performance.

The device is “extremely comfortable, water resistant and lightweight,” according to its manufacturer.

Oh, and it can be used over and over again, logging performance statistics after every session.

So just what can the i.Con track?

First and foremost it can calculate just how many calories you’ve burned during sex, along with the total number of thrusts, total duration, girth measurement and average skin temperature.

A feature to determine positions used during sex is currently in BETA testing.

The i.Con will then transmit the data via Bluetooth to an app on your smartphone.

The data will be kept anonymously but user will also have the option to share it with friends and the world.

What’s more, you can compare your own stats with other i.Con users around the world.

Each charge of the device will last for approximately 6-8 hours worth of ‘live’ usage, and you can recharge it via your laptop and a micro USB port.

Although it was announced last year, the manufacturer is hoping it will be available to the general public later in 2017 and you can pre-order one now for £59.99.

It gives a whole new meaning to Bluetooth dongle…