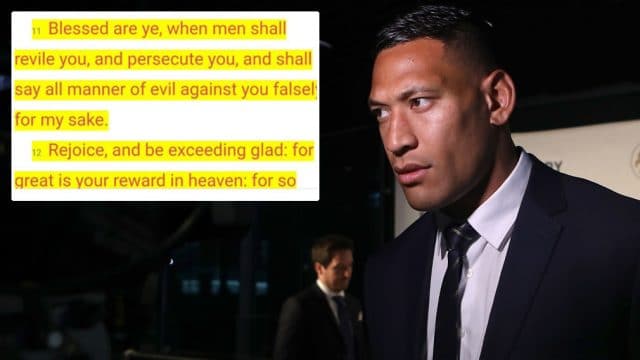 Rugby Australia CEO Raelene Castle has said the sporting body is “proud” of controversial Wallabies star Israel Folau’s commitment to his faith, but warned he needed to learn to express his views respectfully.
The national rep met with Ms Castle and NSW Waratah’s boss Andrew Hore today, after he said online last week gay people were headed to “HELL… Unless they repent of their sins and turn to God”.
Ms Castle said afterwards it was a “very open, very calm, very honest” meeting. 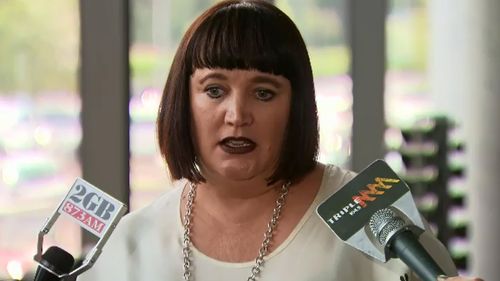 “We’re proud of the fact that he’s a strong believer and that he’s prepared to stand up for what he believes in,” she said.
“But at the same time Rugby Australia also has a policy of inclusion and of using social media with respect.”
She said the rugby bosses and Folau would “continue the dialogue” to find a way for Folau to continue to express his faith, but while maintaining a respectful stance towards different segments of the community. 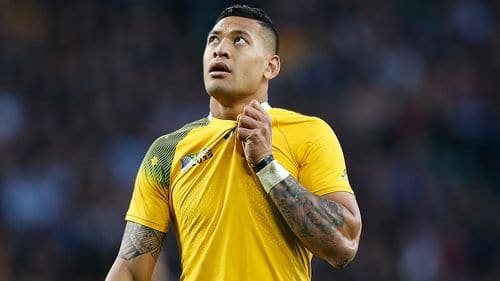 She said it was a “difficult issue” comprising respect, religious views and freedom of speech.
“When (players) use public platforms, they need to think about the implications of the comment they make that could be seen as disrespectful to a segment of the community,” she said.
While dodging a question about the possibility of sanctions for Folau, Castle confirmed Rugby Australia was continuing negotiations to re-sign the star. 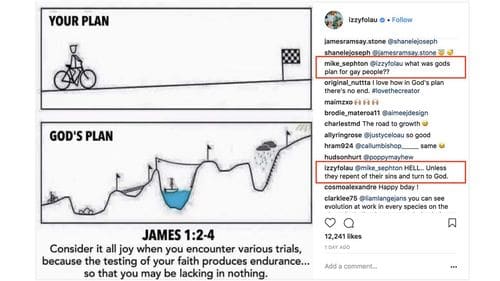 Folau came under intense scrutiny last week after he said gay people go to hell unless they repent their sins to God. Picture: Instagram. (Instagram)

“We would really like him to stay in rugby,” she said.
The rugby governing body had earlier rushed to distance itself from Folau’s comments, saying in an earlier statement that his beliefs Folau “do not reflect the views of Rugby Australia”.
Three of RA’s biggest sponsors, Qantas, Asics and Land Rover have also voiced their concerns about the comments, which they have said conflict with their company policies of inclusiveness.
The controversy comes as Folau, a devout Christian, posted another statement to Twitter over the weekend quoting a Bible passage that suggests he is the one being persecuted for his views. 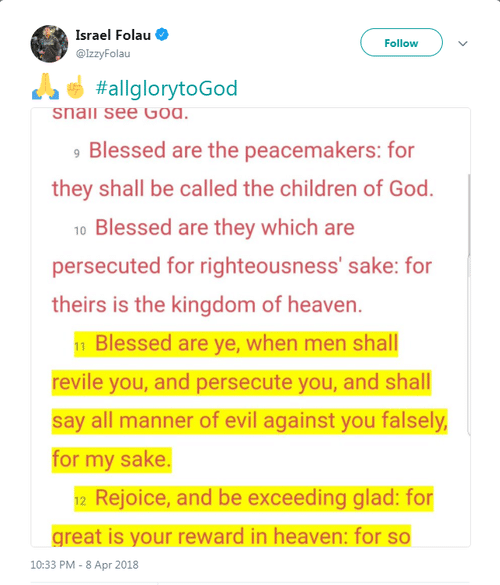 The controversial views of the Australian Test star have been under close scrutiny over the past six months after he tweeted last year that he was opposed to gay marriage.
“Rugby has and must continue to be a sport where players, officials, volunteers, supporters and administrators have the right and freedom to participate regardless of gender, sexual orientation, race or religion and without fear of exclusion,” the RA policy states.
“There is no place for homophobia or any form of discrimination in our game and our actions and words both on and off the field must reflect this.”
Supporters of the footballer, including the Anglican Archbishop of Sydney Glenn Davies, have said he should be able to express his opinions on same-sex relations as part of free speech.
Mr Davies told The Australian the recent controversy will be a test of RA’s inclusion policy when it comes to the possibility of Folau facing sanctions.
“Israel Folau should be free to hold and express traditional, biblical views on marriage and sexuality without being penalised, just as other players have spoken out with their differing views,” he said. 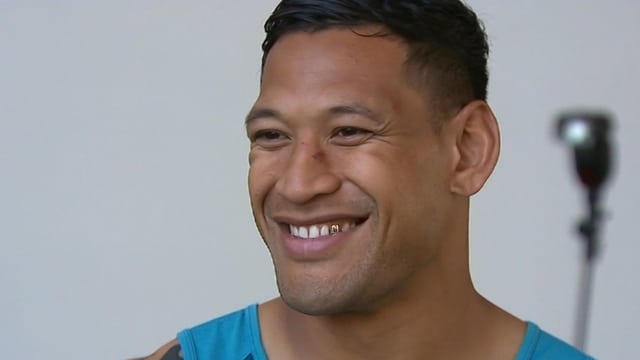