Home Gay Life Israel is to begin recognising same-sex marriage as an equal route to... 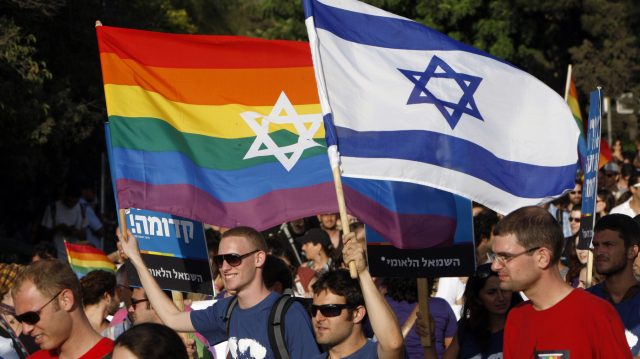 The spouses of Israelis who have tied the knot in countries where same-sex marriage is legal may soon be able to claim Israeli citizenship at the same speed as straight couples, following an announcement by the country’s attorney general.

Until now, same-sex spouses were forced to wait up to seven years and would generally only be granted permanent residency rather than citizenship. The process was far quicker for those in straight marriages.

Now the government’s chief legal adviser, Avichai Mandelblit, has issued an instruction to Israel’s Interior Ministry to now consider applications under the same terms, according to reports.
The decision came in response to a lawsuit filed in the High Court of Justice by the Gay Fathers Association. Iris Sheinfeld, a lawyer representing the association, told Israeli newspaper Haaretz she was pleased with the change: “For married same-sex couples, this is an extraordinary achievement”.

“We still have work to do, but from a fundamental and practical standpoint, we are satisfied. In addition, this has a lot of influence on surrogacy abroad”, she added.

While gay marriage is still not legal in Israel, same-sex marriages performed abroad are recognised in for some purposes.

Earlier this week the Israeli Ministry of Health said it would drop guidelines ordering the dead bodies of people who had HIV be tagged, segregated and covered in concrete.

Earlier this month it was announced that foreign same-sex marriages would be recognised in the state of South Australia after the tragic case of a gay British man who died on his honeymoon there.