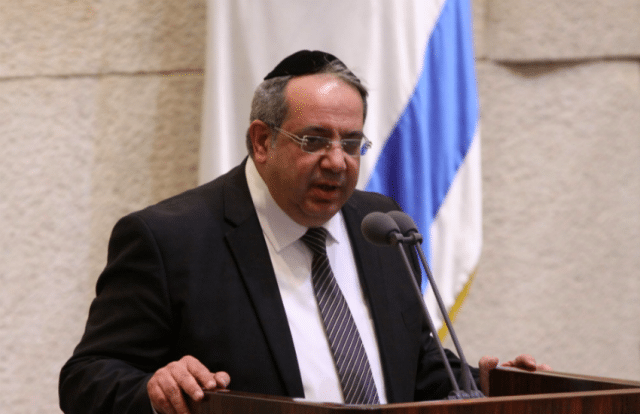 An ultra-Orthodox Jewish Israeli lawmaker quit after coming under fire for attending a gay wedding.

On Monday (11 Aug), Yigal Guetta spoke in an interview with pride about attending the same-sex wedding.

Rabbis published a letter Tuesday saying Guette’s attendance at the wedding was a ‘public desecration of Heaven.’

They demanded that the leaders of Guetta’s political party ‘remove and fire’ him immediately.

Yigal Guetta handed in his resignation on Wednesday morning.

‘My own judgment is irrelevant here’

In the interview, Guetta explained: ‘I told my kids before we went, “You should know that we’re going in order to make him happy because he’s my sister’s son.’

Yigal Guetta also reminded his children ‘the Torah says this relationship is forbidden and an abomination.’

The Torah is the first part of the Jewish bible.

Guetta then added: “‘What can you do? My own judgment is irrelevant here.’”

He is a member of the Shas party, an ultra-Orthodox religious political party in Israel.

His daughter also spoke on air about how she was proud of her father for attending the wedding, despite his religious views.

Other members of the Shas party do not have the same opinion.

He said: ‘There is no situation in which it is permitted to take part in an event like that.’

It is reported Yigal Guetta refused to apologize for what he had done and had made the decision to leave before he was requested to do so.

An Israeli politician spoke out in support of Yigal Guetta.

Yair Lapid said on Twitter: ‘It’s sad that in Israel in 2017, Yigal Guetta is forced to resign because he participated in the wedding of two people who love each other.’