“Asking youth to accept negative experiences as the only coping strategy potentially exacerbates stress,” claims researchers at the University of Arizona.

The It Gets Better projects was launched by Dan Savage and Terry Miller in 2010, in response to a chilling number of suicides by LGBT teens facing bullying. Sine then, it’s added more than 50,000 videos from people of all walks of life.

But a new study suggests imagining a better future may not be an ideal coping mechanism for struggling teens—and may, in fact, do more harm than good.

“Our findings question the ’It Gets Better’ narrative that’s been given to LGB youth,” said Toomey. “Asking youth to accept negative experiences as the only coping strategy potentially exacerbates stress.”

Alternative-seeking strategies, like changing schools, put the onus on the victim, says Toomey.

“The child who has a different sexuality or gender identity expression is then labeled as the problem instead of really addressing the issue,” he explains. “Alternative-seeking strategies involve finding new spaces to thrive in, rather than coping with the space that you’re in… Our results find that that’s associated with more depressive symptoms, less self-esteem and less satisfaction in life.”

Being able to connect with out young queer people is always a good thing, but its not always an option—especially for kids in rural areas or in religious schools where there is no GSA. In some instances, discussing the situation with parents or teachers could exacerbate the stress. There may always be a need for the “it gets better” approach, even if it’s not the ideal strategy.

“Everybody needs support, and it’s really important, particularly in adolescence, to find other people who are like you, since you are going through, developmentally, a stage where you may frequently think that you’re the only one that’s experiencing whatever you’re experiencing. Having a support group where other people look like you and experience the same thing as you is really important for health, well-being, development and sense of identity.”

Toomey’s findings, based on data from San Francisco State University’s Family Acceptance Project, will be published in the Journal of Homosexuality. 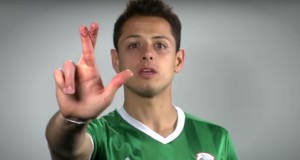 Georgiana P. Green
0
Lately, more and more public figures come out as gay, no matter if they're an actor or a singer, or a football player. However,... 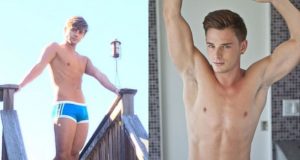 Two Orlando Men Tried To Burn Down Their Ex-Boyfriend’s House With...

Nick Gayer
0
"He was trying to make it look like I left the stove on. But who gets up 2am and fixes " Two men have been...