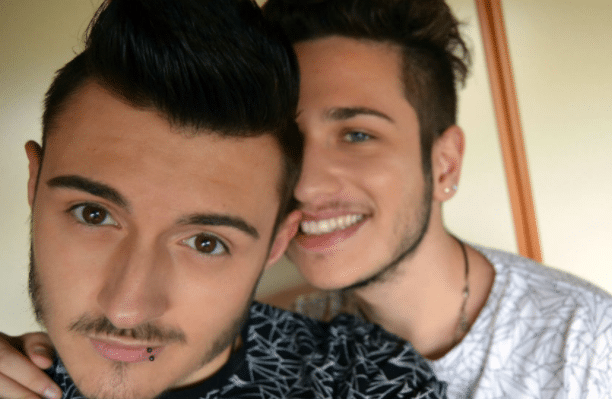 Alex Ferrari and Luca Bortolaso, both 21, died after inhaling the fumes from a defective wood-burning brazier.

The gay students were staying in a holiday home in Ca’ di Sotto, Verona with two female friends.

Ferrari and Bortolaso were sleeping together in one room and their friends in another.

But because their friends were using an electric fire, they were not affected.

It is understood the couple had been dating for over a year.

The families of Ferrari and Bortolaso specifically requested their funerals be held together, according to Cronaca.

Don Alessio Graziani, spokesman of the bishop of Vicenza said: ‘The choice of celebrating the funeral of Alex and Luke together is a specific request from their families. The families, at this moment of immense sorrow, wish to be close with the words of faith.’

He continued: ‘Following the death of two young people, every other comment is inappropriate.’

The Bishop of Vicenza held the joint funeral today (5 January).

According to one of Britain’s leading energy companies, npower, carbon monoxide (CO) is a highly poisonous gas that can kill. It’s dangerous because it’s invisible and has no smell or taste.

Appliances that burn fuels, such as gas, coal, oil and wood can produce CO if they have not been properly installed or regularly serviced.

Do you know how to protect yourself against carbon monoxide poisoning?