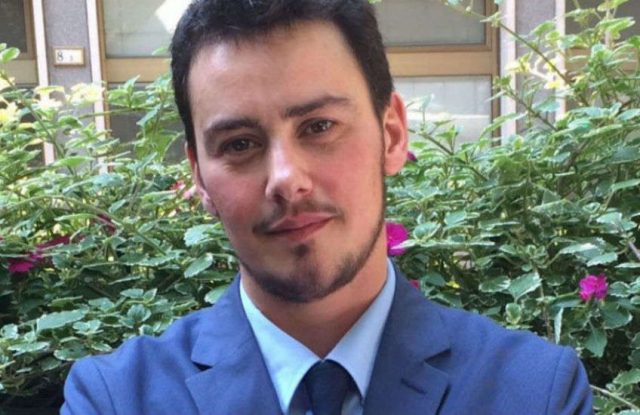 Italy has elected its first ever transgender mayor.

Gianmarco Negri, a 40-year-old, won the election in a Tromello – a town of 3,700 people. The town is in Lomellina, a province of Pavia, a city south of Milan.

Having spent the last two decades as a criminal lawyer, he won with 37.5% of the vote with a left-leaning platform.

Negri has previously appeared on television.

On the show, Love Me Gender, a dating show for trans individuals.

‘I have always felt like a man,’ he said. ‘I had the courage, through various operations, to find myself once and for all.

He added: ‘I don’t know if I consider myself a symbol for the battle of our rights, but I try and do my part.’

Frabrizio Marrazzo, spokesperson for the Gay Center, said: ‘We hope that there will be many other elected LGBTI people in this election. We are seeing a more inclusive and free Italy.

‘Just in these days, we launched the #VotoTrans (Vote Trans) campaign. Trans people who are often forced to stand in lists that do not correspond with their gender identity, so trans men in women’s lines and vice versa. Many trans people are therefore forcibly deprived of their vote.’

Negri is not the first trans politician to be elected in Italy.

Vladimir Luxuria was the first openly trans member of Parliament in Europe, when she was elected in 2006. She lost her seat two years later in 2008.

At the time, she was only the world’s second openly trans MP after New Zealander Georgina Beyer.