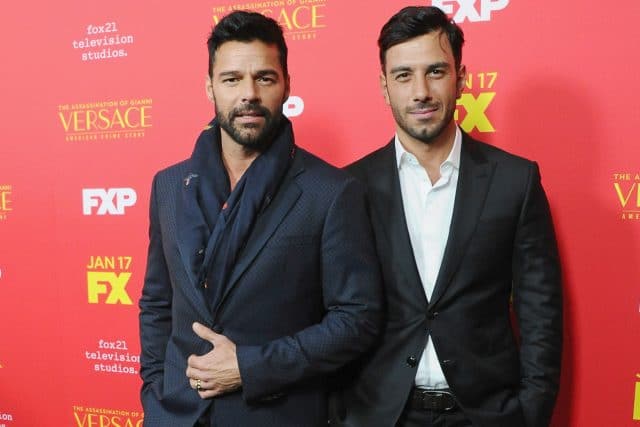 It’s official boys — Ricky Martin is OFF THE MARKET and a married man! The 46-year-old singer and star of the upcoming American Crime Story: The Assassination of Gianni Versace tied the knot in a very private way with hubby Jwan Yosef.

What a stellar night with a stellar man ??‍♂️??‍♂️ @goldenglobes

Martin and Yosef started dating in 2016 via Instagram. Yosef is an artist and Martin an art collector who came across his art and got more than he bargained for by slipping into his DMs. In November 2017 the two were engaged — an announcement Martin made public on the Ellen DeGeneres show.

Martin told E! News during promotion of American Crime Story that the two have kept it a secret, but a big bash is in the works.

I’m a husband, but we’re doing a heavy party in a couple of months, I’ll let you know.

We exchanged vows, and we’ve swear [sic] everything, and we’ve signed all the papers that we needed to sign, prenups and everything.

It feels amazing! I can’t introduce him as my fiancé. I can’t. He’s my husband. He’s my man.

Martin has previously expressed that when the time came for his wedding, it would be a multiple day affair with rehearsal, wedding, and recovery — and it looks like he and his new husband are sticking to the plan, but he didn’t share any further details about the celebration.