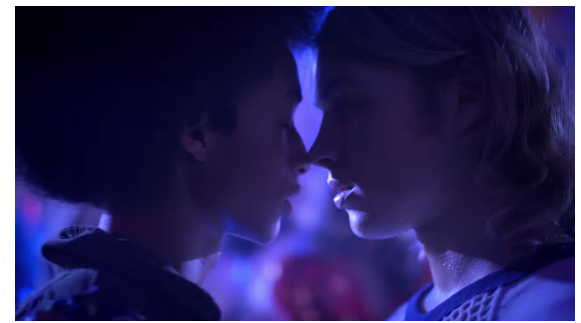 It teases. It taunts. And a new trailer for the upcoming Netflix series The Get Down definitely aims to pique our interest. As always happens the first time anyone walks nervously into a gay bar, the ideal ’70s jock — Thor, played by Noah Le Gros — shyly comes up to Jaden, peering seductively through touseled tresses before mustering up the courage to lock tremulous lips with the young man. The music swells, and, as almost always happens in situations such as these, it’s Christina Aguilera — a new track called “Telepathy.”

Times have changed at lightning speed: Jaden has managed to one-up his father Will Smith, who confessed to Entertainment Weekly that he had to use a stunt double in order to shoot a fleeting kiss with Anthony Michael Hall in 1993’s Six Degrees of Separation: “It was very immature on my part. I was thinking, ‘How are my friends in Philly going to think about this?’ I wasn’t emotionally stable enough to artistically commit to that aspect of the film. In a movie with actors and a director and writer of this caliber, for me to be the one bringing something cheesy to it…. This was a valuable lesson for me. Either you do it or you don’t.” 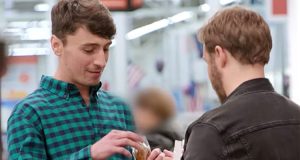 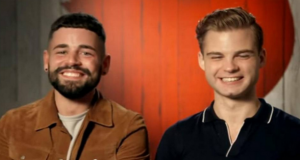 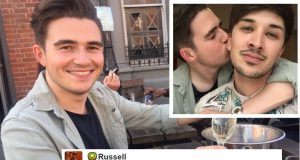 Boyfriend Mourns Loss Of His ‘Soulmate’ After Learning He Was Among...