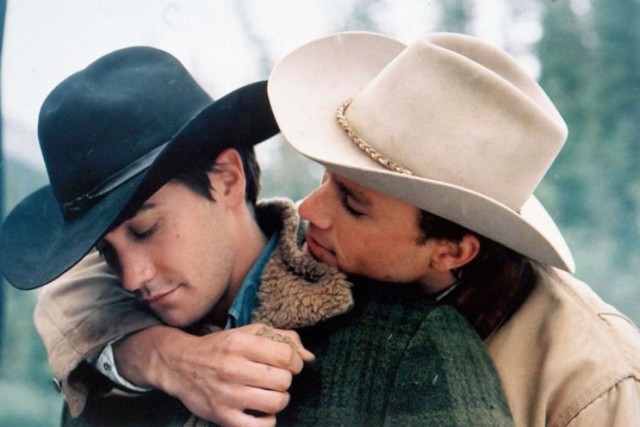 Jake Gyllenhaal was inspired by the US Supreme Court decision to legalize same – sex marriage.

The famous Hollywood actor said that his country overcame a long way in a decade.

He admitted that he was touched by the decision of the Supreme Court of the United States to abolish the bans same-sex marriage in all 50 states of the country.

Gyllenhaal, who is currently promoting his latest movie “Southpaw,” played a gay man with Heath Ledger in the sensational film “Brokeback Mountain” (2005).

In an interview, the actor was asked if it is considered less risky now for actors to take on gay roles the way he and co-star Heath Ledger did while filming “Brokeback Mountain” in 2004.

About this, Gyllenhaal said, ‘Oh, definitely everything changed,’ he says. ‘I think playing a role and living a life are two very different things. I think telling stories, and all different stories, is what makes acting so great. That is why I was really proud of “Brokeback Mountain” and everything it had to say. And it was an interesting journey to go on to learn about that world”.

Regarding the decision of the Supreme Court of the United States actor said that he was encouraged to learn that love is ultimately won.

Gyllenhaal said, “when I heard the news, I thought ‘wow, how far we have gone in a decade.” And how far we have to go to so many questions. ” I thought it was so beautiful,’ he said. My brother said to me a few weeks ago, all we leave behind is the wake of our lives, that’s all we have. And to know that love wins out sometimes is an inspiration to me.’

The actor said that “to see the possibility of changes is so amazing”.