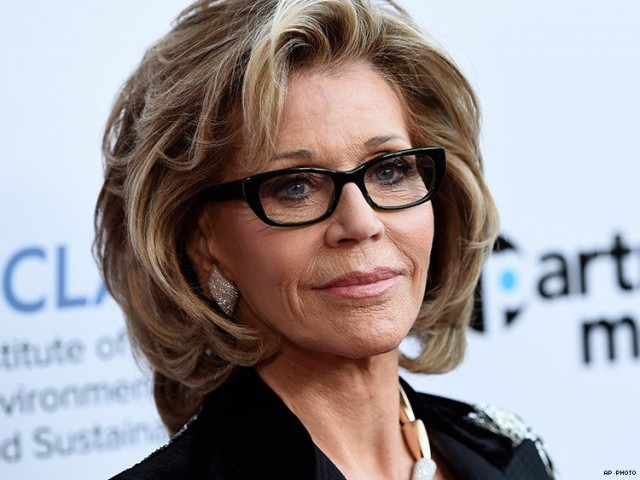 Jane Fonda is very supportive of the LGBT community and she sent a message out there, letting all gay, lesbian, bisexual people know they’re not alone:

“Just know that you are not alone, that all around this country, there are places that you can go to find support and help and advice and love. You are not alone,” Fonda said, in an interview at the premiere of Grace and Frankie season 2.

Coming out to our parents is the hardest thing, and Jane Fonda said that we should not despair, or make it our problem that our parents can’t understand.

“Do not despair, no matter what your parents say,” she continued. “You’ve got to understand it can be very hard for parents to hear that their son or daughter is gay. But it’s their problem. It’s not your problem. Don’t despair.”

Netflix’s Grace & Frankie star also reacted when it came to the anti-gay laws in North Carolina saying that she’s totally furious and she would rather never go there.

In Grace and Frankie, Fonda plays Grace, a woman whose husband comes out as gay and leaves her for a man. Martin Sheen plays the role of the husband and Sam Waterston the role of his lover, a man who’s also had a wife. Ironically, Grace becomes friends with Waterson’s wife from the TV show.

The TV series explores lives of both gay and straight people, how they find love and go through difficult situations. At the premiere, Waterson revealed his way of going through hard situations.

“Laughter is healing,” Waterson said. “And if you can have enough distance in your own life to be able to laugh, it can probably help.”