This year, the fashion frontman is merging his creative skills on the runway to join luxury vodka brand CÎROC to bring a new take on the meaning of modern luxury. The partnership brings together two brands that are united by their distinctively playful approach to fashion – inclusive of limited-edition bottle and global event series. Jeremy Scott bottled, we hear you cry? Well, almost.

“I think about creativity as water. You can have water in a glass or in a pitcher poured into a vase; it can go into a pool, it’s the ocean. It can take all these forms so I look at how I can pour my creativity into whatever I’m doing,” explains Jeremy of expanding his creative world into new mediums away from his traditional line of clothing.

And no matter where and what he’s working on, it’s sure to always be 100% Jeremy Scott; loud and proud! “People want when I barf out my guts and my heart and all my thoughts on something because it’s me. That’s why my ideas, collaboration, and what I do at Moschino is like a light switch.”

From LA with the Hollywood Walk of Fame in sight, UK drag star Jodie Harsh speaks to Jeremy Scott about the colourful world of CÎROC Vodka, his legendary career, and what Pride means to him in this 50th anniversary year. 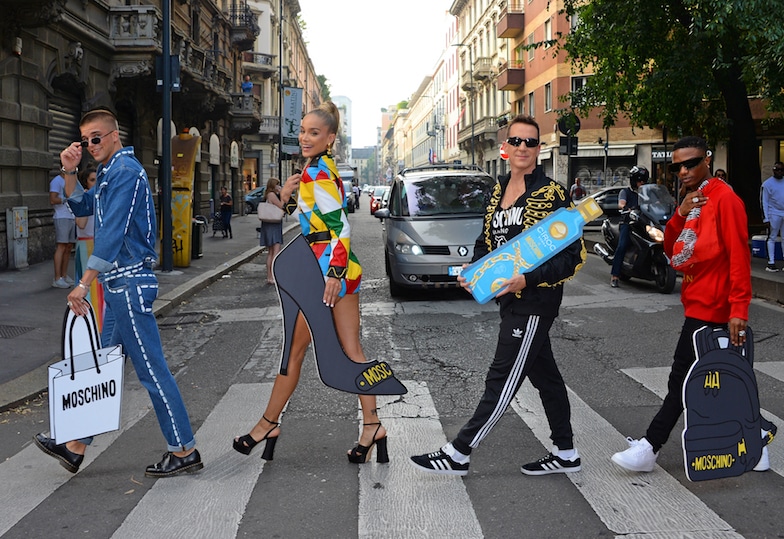 CÎROC have joined yourself and Moschino for this exclusive new collaboration. Tell me about CÎROC and why this felt like a perfect pairing?
I think both of the brands are cheeky and all about having fun, and that’s the DNA of Moschino – and also my DNA, too. That’s the whole point of a night out is to have fun and enjoy yourself, and to me that’s the whole idea of what fashion is. It should be fun and bring happiness and joy and put a smile on your face. It should uplift you!

You have some huge names involved in this partnership, including Jasmine Sanders, River Viiperi and Wizkid. How do you pick people from across the industry to pair with on projects like this?
Jasmine and I have done a lot of things together and she and River are both models that I launched for shows with me. Just trying to think about this thing of putting our arms around more people in a sense, and people that I genuinely have a relationship with and have a love for. Wizkid had been wearing my clothes even though we didn’t yet know each other personally. He had reached out and had been wearing stuff because he was a big fan, and I thought that he’s so dynamic and so cool. I wanted to have an eclectic mix of people that represent the brand in that respect. 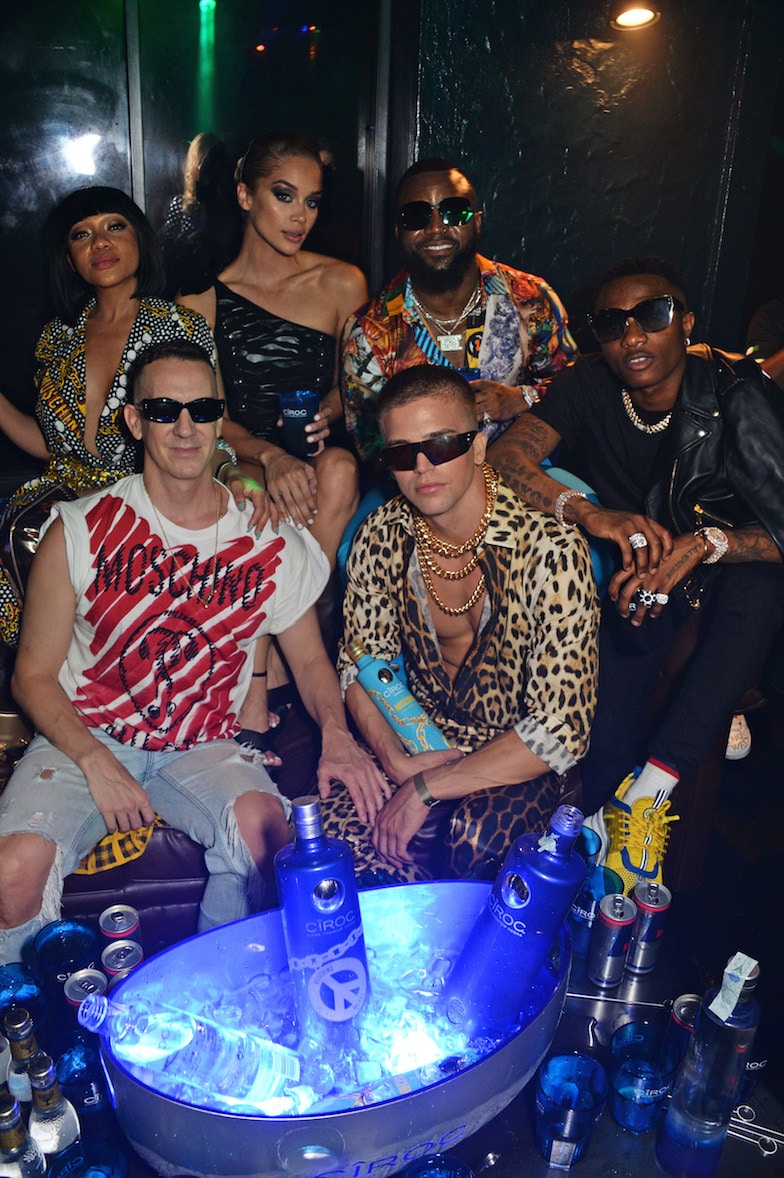 You said that you ‘design a lot around personal, customised twists’. How did you go about finding inspiration and creating for this partnership with CÎROC that also remained true to your work with Moschino?
I thought about the DNA, the gold letters and the gold chains and all that kind of bling bling. That kind of brash, fun and glam world that, to me, is very Moschino. When I’m designing the Moschino woman, I always think of her as having too much jewellery on and all this kind of stuff. She laughs a little too loud; sometimes she dances on the table. She’s always very chic, but it’s not like constricted.

You’ve designed a lot of products; from shoes to makeup and now bottles with CÎROC. Is designing for a bottle the same as designing for the runway, say?
I think it’s a little different. The body has constrictions where the bottle doesn’t. Each is individual and really I think about creativity as water. You can have water in a glass or in a pitcher poured into a vase; it can go into a pool, it’s the ocean. It can take all these forms so I look at how I can pour my creativity into whatever I’m doing. If it was a DJ set, how do I pour me into that? If I’m doing something outside of my domain, say acting or portraying something, if I’m behind the camera or in front of the camera, I always try to take that creativity and pour it through whatever I’m doing and let it take those different forms. 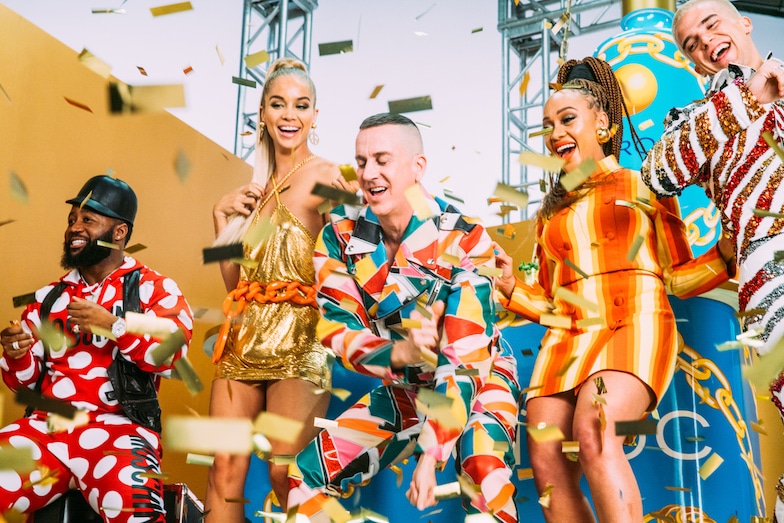 People expect so much from your work and you always deliver. How do you manage those levels of expectation on you and your work?
I have, for a long time now, really taken the accolades and the criticisms and basically they are just about the same. People are going to hate things or not get it, not understand it. Sometimes the haters are lovers in disguise. I just let go of it as much as I can.

That’s an amazing way of dealing with it. Did somebody teach you that or is that what you’ve learned?
I just learned it. I’ve been doing this for 23 years now, and many times I’ve had people saying I was over or should never work again. People who are bold-faced people in the industry, not just trolls online. And, y’know, I’ve then had those people say the exact opposite and I’ve had to read things in print that were hideous, and now with social media we all see hideous things about everyone, ourselves, people we love. I try very carefully to not let it eat at me. On the flip side, I’m doing something with passion from my heart. It’s crazy to me when people are so heinous to me about things.

Your career is legendary. What’s one of the biggest lessons you’ve learnt along the way?
I’ve done so many things. I just fall to the fact that you have to follow your heart. It’s so cliché and so Pollyanna, but follow your heart, do what feels right to you and speak your truth – that will serve you the best. I feel like any time I’ve ever tried – and I’ll be honest, I haven’t tried that much – but the times I’ve tried to do a little of what someone else tells me to do, people that are well-meaning and in my camp let’s say, it’s like: ‘That’s not working for me’. Even like, ‘Make a more simple dress. Try to add that in’. It didn’t sell. It’s not what people want from me. People want when I barf out my guts and my heart and all my thoughts on something because it’s me. That’s why my ideas, collaborations and what I do at Moschino is like a light switch and turned on the company immediately. 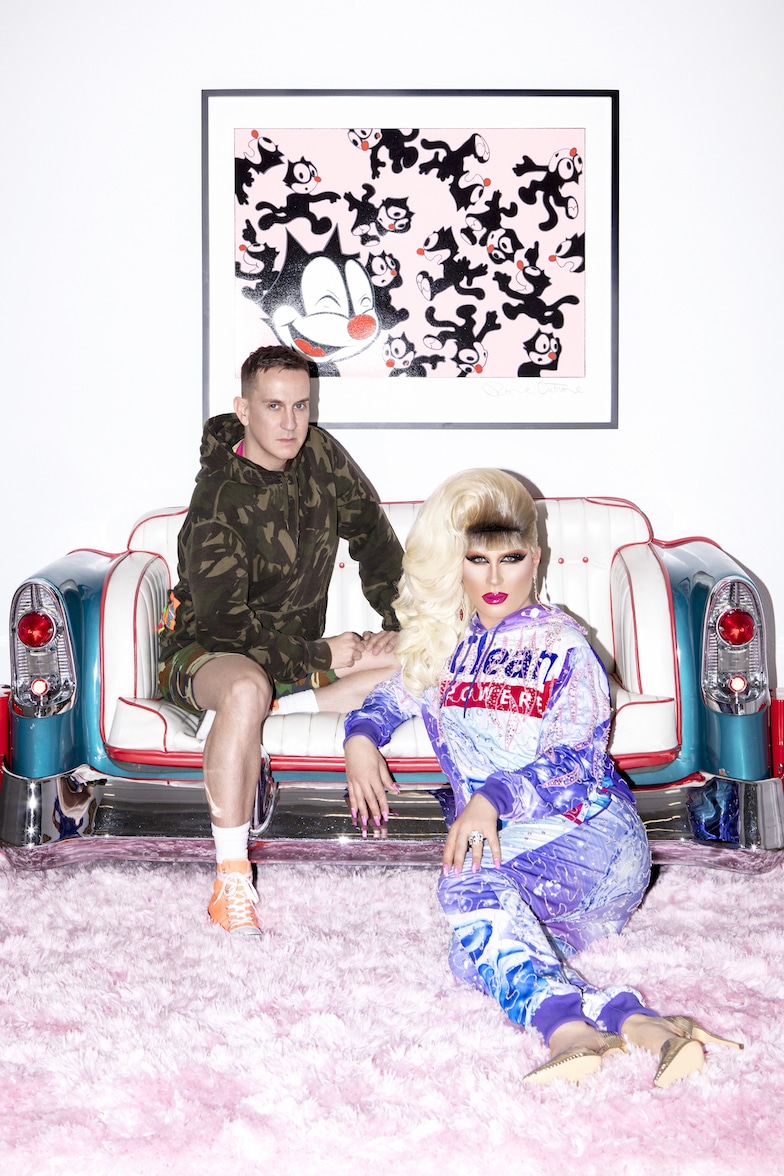 You’re very strong-headed and very direct with the delivery of your aesthetic.
Yeah! So any time I try to hide my light under a bushel even a little bit, it doesn’t work – so I stopped doing it. Why am I doing this? Why bother? It’s not what people want from me. I’m also happiest speaking my truth.

Is there anybody who hasn’t worn your clothes who you’d love to dress?
Ms Dolly Parton. We’ve had conversations. She’s asked me if I’ll dress her sometime. It’s like this cat and mouse game that’s never quite captured her.

That will happen and it will be major!
I’m just thrilled that I’ve been able to meet her. Not so long ago, I went to see Dumplin’ and she had a private screening and I saw her there.

Finally, what does Pride mean to you?
More and more, the whole idea about visibility is really crucial. I don’t know if when I was young I thought that it was fun and frivolous, but now I realise that it’s really helpful maybe to someone else. Not about me personally being, ‘Hey everyone…’ or I’ve released something and it’s made me feel lighter. Yes, it’s fine, here’s an example that we can show such a ray of – for us, gay men – that you can be this and that and it’s okay. Even as cliché as a fashion designer, which is very cliché as a hairdresser is, but maybe that does inspire somebody to feel ok. And that thought is more powerful to me than ever because I didn’t ever see myself as having my humanity as an example for other people, and my visibility is an example for other people.